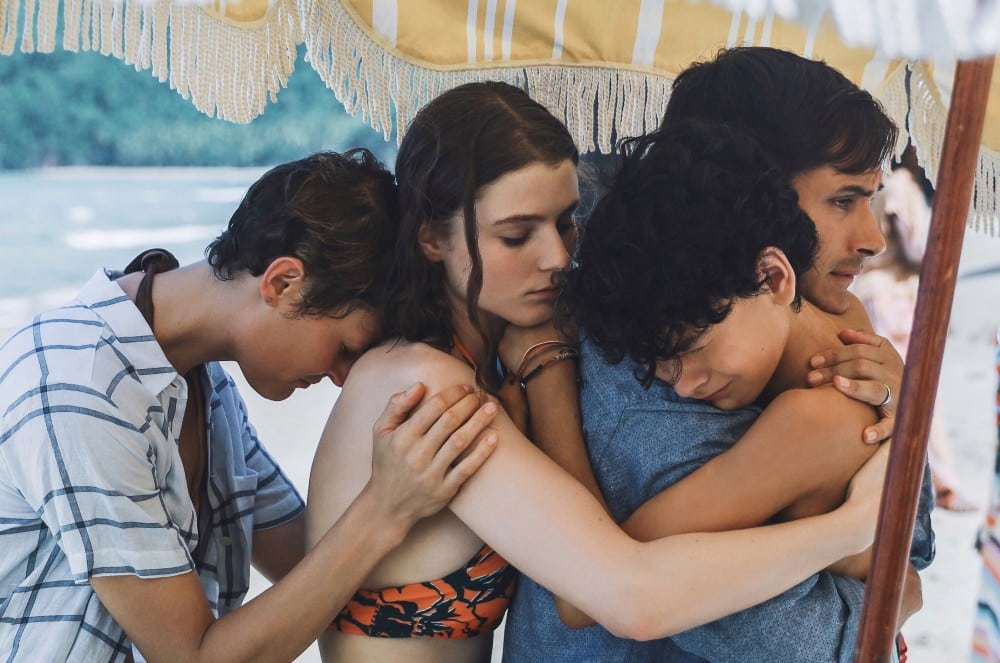 To his credit, there is only one M. Night Shyamalan and Old could only be made by him. Much like so-called auteurs before him, all of Shyamalan’s signature touches and motifs are here. The film is built on a strange (yet familiar) premise, the director himself makes a key cameo, and, of course, at least one character is from Philadelphia. It is also totally absurd. And while it’s clear Shyamalan is in on the joke, that doesn’t mean I was entertained.

Old introduces us to a cast of characters at an exclusive tropical resort. Gearing up another of Shyamalan’s preoccupations, we first meet a family, led by Guy (Gael Garcia Bernal) and Prisca (Vicky Krieps), along with their two kids and more than one marital issue. Others are nearby, played by Rufus Sewell, Abbey Lee, and Ken Leung, who end up together with the family on a secluded beach for a relaxing day. Except then a dead body turns up—and everyone finds they can’t leave. How curious! Shyamalan piles onto his conceit from there using both his considerable directorial tools and the limited skills he possesses as a writer. That is to say, the film looks sharp and is filled with dynamic staging, yet its characters are so wooden it’s astounding we don’t see any algae growing on them. This takes some doing given the aforementioned acting talent on display, but it’s also part of Shyamalan’s game; he clearly enjoys tightening the screws on his scenario at the expense of everything else—including any reflection on whether his characters or ideas are at all novel. (Spoiler: they are not.)

Now, discussing the inevitability of Shyamalan’s films doesn’t mean much anymore. He always builds to some grand realization in the third act, and that’s fine. Except he continues to be wholly predictable now in both form and content. When the reveals come in Old, they smack of such obviousness there is little to appreciate. Sure, we can howl at Shyamalan’s gumption, but I just wanted to fast-forward to the end.

Interview: The Last Letter from Your Lover’s Shailene Woodley and Callum Turner