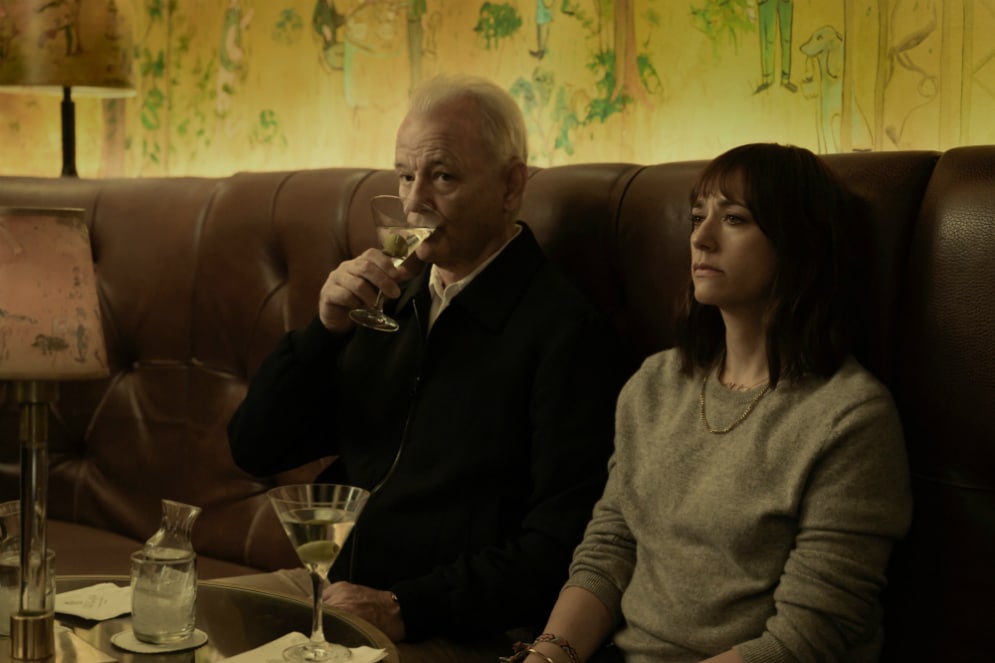 There’s an overwhelming sense of ease to Sofia Coppola’s new film, On the Rocks. Her characters, starting with Bill Murray’s charmer, are all gliding through life—even if they don’t realize it. Yes, the harried woman at the film’s centre, a blocked writer with two kids and an absent husband, is not having the best time. But that doesn’t mean Coppola introduces any real friction to her film. In fact, she barely slows anyone down.

As played by Rashida Jones, Laura is going through the motions of her New York-set life—she goes to-and-fro with the kids, tries half-heartedly to write, and gets scant alone time with hubby Dean (Marlon Wayans). Despite the promise of an exciting life together, she feels stuck as he travels around getting a business venture off the ground. Enter Felix (Murray), Laura’s father, an art-dealing playboy who feeds into her fear of Dean’s infidelity. With that stage set, the pair go on a modest adventure around old Manhattan (and a bit beyond) trying to dig up dirt. In this, On the Rocks is easy to watch given Coppola’s eye for rich visuals and Murray’s humourous deadpan. For her part, meanwhile, Jones struggles to keep up; yet as the film continues there doesn’t appear to be anything here worth chasing. While there is an emotional throughline present, its revelations are exactly what you’d expect them to be. Coppola’s film means to take us somewhere new and yet we end up back where we began.

Again, it’s easy to be charmed by all of this. On the Rocks is something to look at, Murray playing a version of himself is a delight, and the little side bits (like Jenny Slate’s cameo as an oblivious single mother) are funny. But so much of the film insists on its own worldliness, as if its journey is one that is both resonant and weighty. The truth is, however, no matter its style and craft, so much of this film just drives off without leaving a trace.