Once Upon A Time … In Hollywood Review 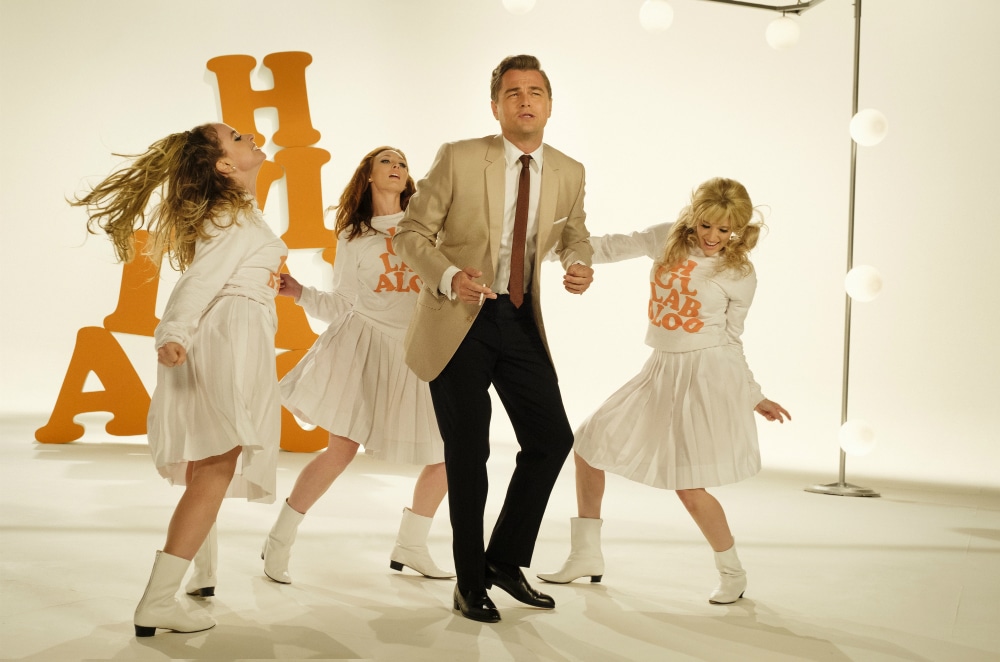 The seesawing story of Quentin Tarantino’s Once Upon a Time … In Hollywood rests on a fulcrum of understood history. We’re meant to recognize the Hollywood of 1969 and the fate of Sharon Tate; we’re also drawn to leads Leonardo DiCaprio and Brad Pitt, their shared movie-star allure having accrued across decades. Those are the twin hooks of the film, and Tarantino reels us in by using both to generate suspense—such as that’s possible—and meaning. If nothing else, he delights in this interaction between real and fake—and back again.

There are layers to Hollywood and ambition to its production in which Tarantino, true to his late-period style, clearly revels. He wants us to notice all the details filling his frame as it tracks the downward career arc of two made-up men, TV cowboy Rick Dalton (DiCaprio) and his stuntman Cliff Booth (Pitt), while the real Tate (Margot Robbie) moves on up. History fixes the endpoint for this trio though, with none set to live out the decade due to changing tastes or events. We watch because surely Tarantino has something up his sleeve, right? Well, yes and no. His film is expansive to the point of exhaustion, with digressions and meanderings in every direction. There’s real history here—parties at the Playboy mansion, the release of The Wrecking Crew, the presence of Bruce Lee, Steve McQueen, and more—interspersed with fake television and movies. Despite even the spectre of Charles Manson, it’s these latter sequences of creation that work best, despite being in service to productions that feel disposable in retrospect. I mean, can you imagine caring that much about an episode of The F.B.I., even if, like Dalton, you were in it? It’s no wonder the film feels inessential at times too.

That’s not the fault of Leo or Brad, though. It’s their magnetism, together and apart, that gifts Hollywood its heart and drive. Without them, one can almost smell the fumes Tarantino is coasting on. Yes, he’s invested tremendous effort in getting the look and feel of his film just right, and of course, he’s made it his way. But after all those winding narrative trips, the film’s final destination is an inescapable disappointment. We know Tarantino’s history too well to believe it.