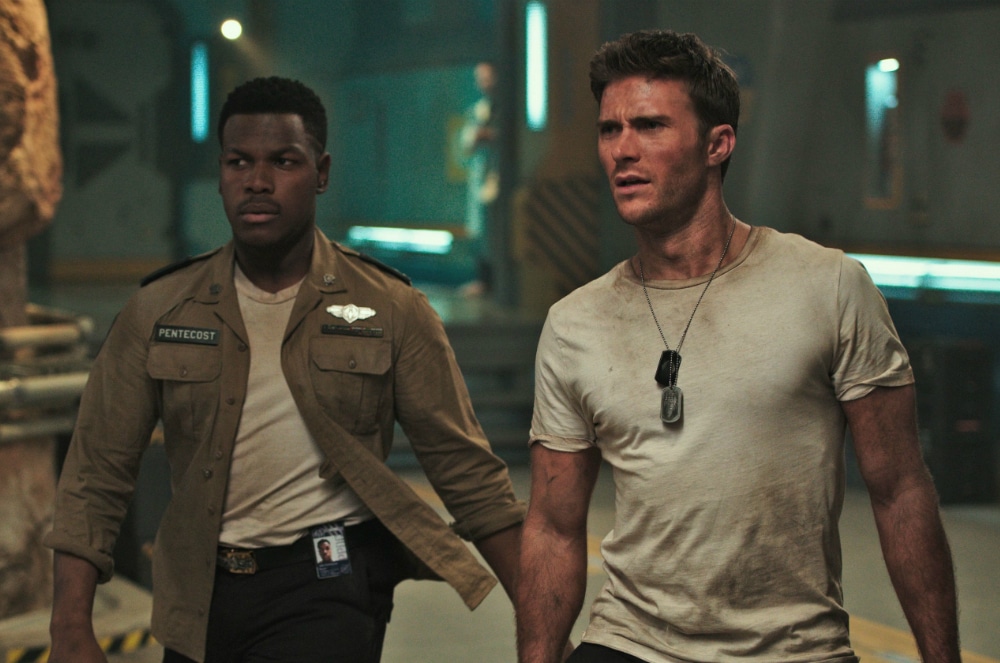 Look, sometimes you just want to watch giant robots kick some monster alien ass. This isn’t the latest Hong Sang Soo, people, nor is it even as earnest as its predecessor, but Pacific Rim Uprising sure is a lot of fun (especially when viewing with a game audience, as we did).

Taking over from Guillermo del Toro’s ode to Japanese monster movies, Steven S. DeKnight (and his team of three co-writers) craft an audience pleasing, knock ’em sock ’em, CGI spectacle that may have fallen short on concocting three dimensional characters but delivers on entertaining action sequences (which encapsulates most of its second half).

The film begins ten years after Pacific Rim’s Battle of the Breach has been won. Idris Elba’s Stacker Pentecost died in order to seal the Breach, populated by Kaijus, and yet the military is still training recruits in Jaegers just in case anything should happen to re-open the seal (you can already guess what happens next). Pentecost’s son, Jake (John Boyega, oozing charisma and charm) is lured back into the military by his estranged “sister” (played by returning cast member Rinko Kikuchi in a throwaway role) and is soon verbally sparring with the Iceman to his Maverick, Nate (Scott Eastwood, in what was supposed to be Charlie Hunnam’s return) as well as taking plucky upstart Amara (newcomer Cailee Spaeny) under his wing. None of the plot really matters of course (it’s essentially Independence Day: Resurgence but with far more interesting actors, save for Eastwood). Come for Boyega, stay for the monster mash and bash.