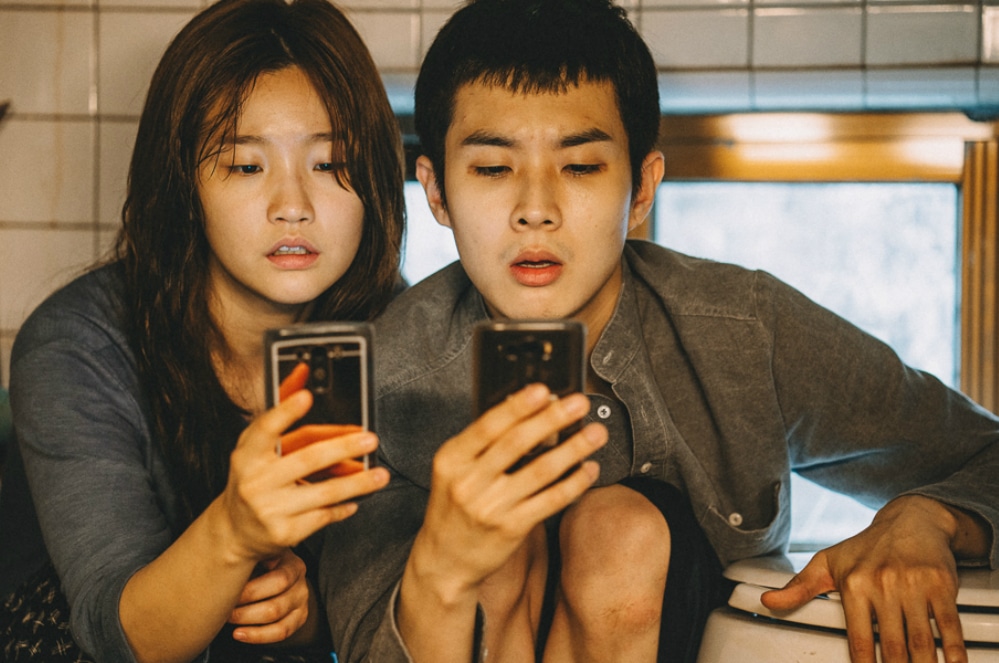 The Parks’ house is a castle, all high walls on a hill. It’s a comparison made obvious given its juxtaposition to the domicile of the Kims, the family at the centre of Bong Joon-ho’s (Palme D’Or winning) film Parasite; they live in a grubby basement (dungeon?), are barely employed, and would be barred from the Parks’ residence under normal circumstances. As he’s done throughout his career, however, Bong is here to explore the abnormal, couched once again in two main themes: class and family.

When son Kim Ki-woo (Choi Woo-sik) cons his way into a tutoring job thanks to a tip from a friend, he’s welcomed into the Park household, meeting the four-person family unit and their housekeeper Moon-kwang (Lee Jung-eun). His scam doesn’t stop there though, as Ki-woo gets each member of his family a job in the house. For the first half of Parasite, we watch as Bong deftly manoeuvres all these pieces into place, producing tension and laughs in equal measure while keeping us wondering what exactly is going on. That the Kims’ racket is set to come undone is not the question; instead, we’re left to ask how it’ll happen—with an answer most will not see coming.

What’s beyond question here is Bong’s talent as a filmmaker. Parasite contains elegant formal sequences, detailed production work marshalled into a frenzy, and incisive (not intrusive) social commentary. And unlike his previous pair of films, Bong has weaponized his despair here for maximum punch and poignancy, landing on a finale that’s somehow both hopeful and hopeless.