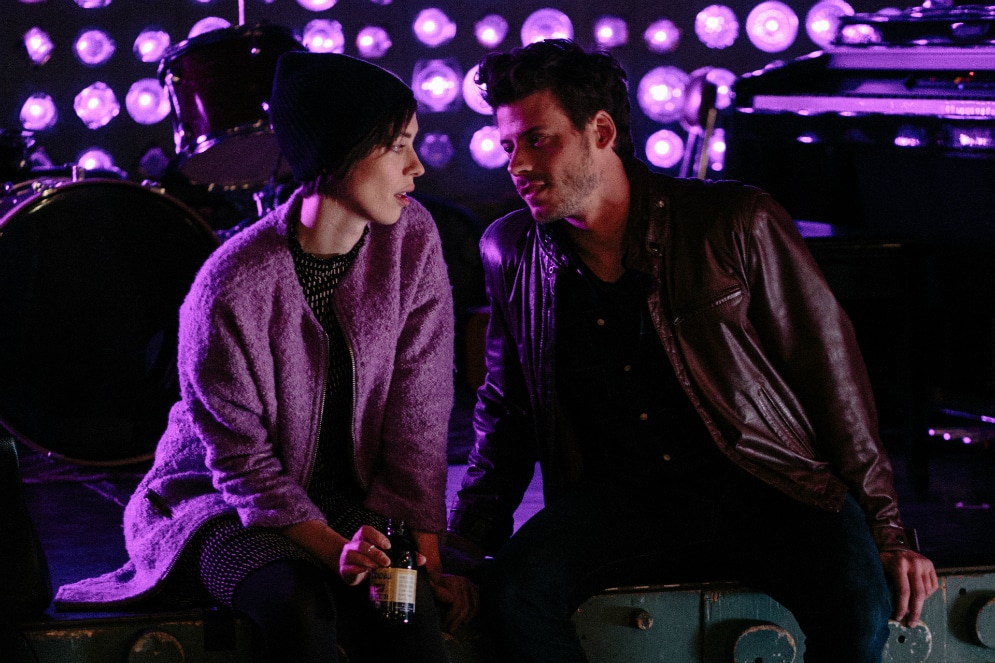 We’re supposed to be swept away by a wave of romantic profundity here. That’s the impetus behind writer/director Brian Crano’s Permission, a film about four people in relationships slowly realizing they’re not in the right relationships. He apparently needed 90 arduous minutes for his characters to reach this conclusion; with teeth on edge, I figured it out in 10.

Will (Dan Stevens) and Anna (Rebecca Hall) have been together since forever—your first red flag. They’re out at dinner with fellow couple Hale and Reece, the former is Anna’s brother, the latter Will’s carpentry business partner. (B-plot sidebar: Hale wants a baby; Reece resists—there’s your second red flag.) Everyone at the table assumes Will and Anna will eventually get married; he’s already renovating a house (in Park Slope, natch) for their soon-to-arrive future. Like the house though, this future remains a work in progress—your third red flag. The dinner is to celebrate Anna’s 30th birthday, and after table talk turns to the couple’s extreme fidelity—they’ve only ever had sex with each other (a fourth red flag, but who’s counting)—the pair tiptoe around the idea of opening their relationship. From there, it’s all thudding. Anna almost immediately meets musician Dane (François Arnaud) for a drift off into the twee-verse. Meanwhile Will is seduced by Lydia (Gina Gershon, going full throttle), a rich divorcee who wanders into his carpentry shop looking for, uh, wood. Apparently everyone in New York City is now looking to get down with Will and Anna, and they’re both quite upset by this newfound knowledge. Yes, upset! (A fifth red flag? I’ll leave you to decide.)

Look, I don’t buy any of this. I don’t buy these people and their lives. I don’t buy the faux struggle Permission presents. I don’t buy the banal back-and-forth we’re meant to go through as these two drips (and their friends, the gay drips) sort out their lives. There’s one funny scene here involving Lydia cajoling Will into revealing his unvoiced sexual fantasies that rings true. It hints at a more interesting movie, with more compelling characters. The rest? Dump it and move on.