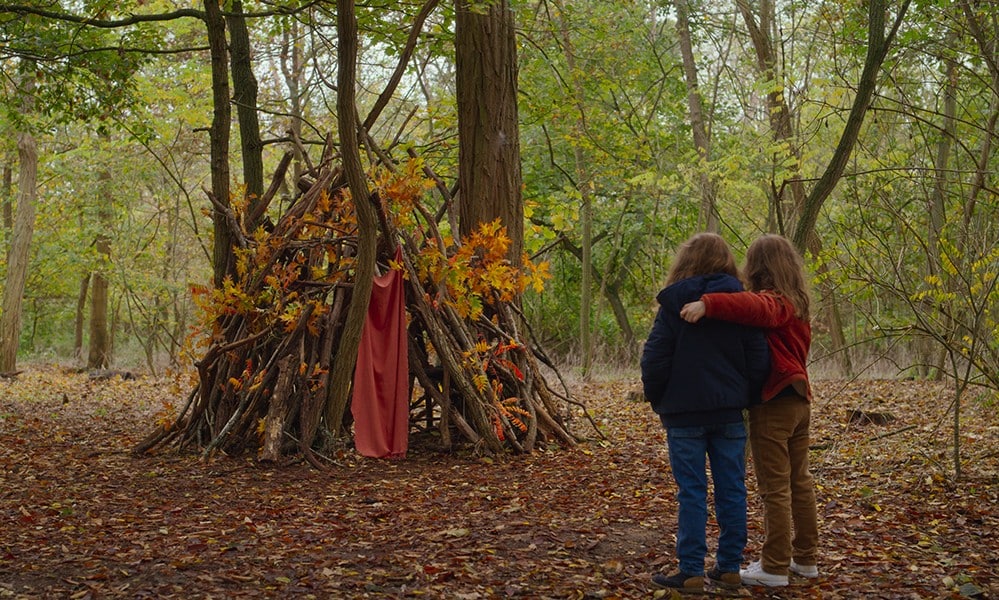 There’s a simplicity to Petite Maman, the new film from writer-director Céline Sciamma, that belies its profundity. As a follow-up to her award-winning Portrait of a Lady on Fire, a larger—in most senses of the word—film, Sciamma has chosen to narrow her scope here. That doesn’t mean, however, she’s working with any less confidence.

Petite Maman takes place almost entirely in a country house and its surrounding woods, as eight-year-old Nelly (Joséphine Sanz) joins her mother Marion (Nina Meurisse) and father (Stéphane Varupenne) in packing up her departed grandmother’s belongings. Nelly detects her mother’s sadness in loss but lacks the language to explain it. The film is straightforward enough from there until Nelly encounters another young girl (Gabrielle Sanz), also named Marion, who happens to have a mother named Nelly. Worry not, this is not a film about time travel. What follows is a story of childhood, shaded by a more adult understanding of the world. Sciamma keeps her touch light, not quite underscoring the temporal games she’s playing, yet making it clear when and where we are. She imagines instead a natural and serene examination of the relationship between a mother and daughter—and mother and daughter.

Never skewing from its child’s perspective—nor dumbing anything down—Sciamma also interrogates some heavy metaphysical subjects like time and death with an easy grace. Petite Maman leaves much unspoken, and while it is comforting, the film doesn’t hold your hand. In truth, it doesn’t have to: we’ve been there too.