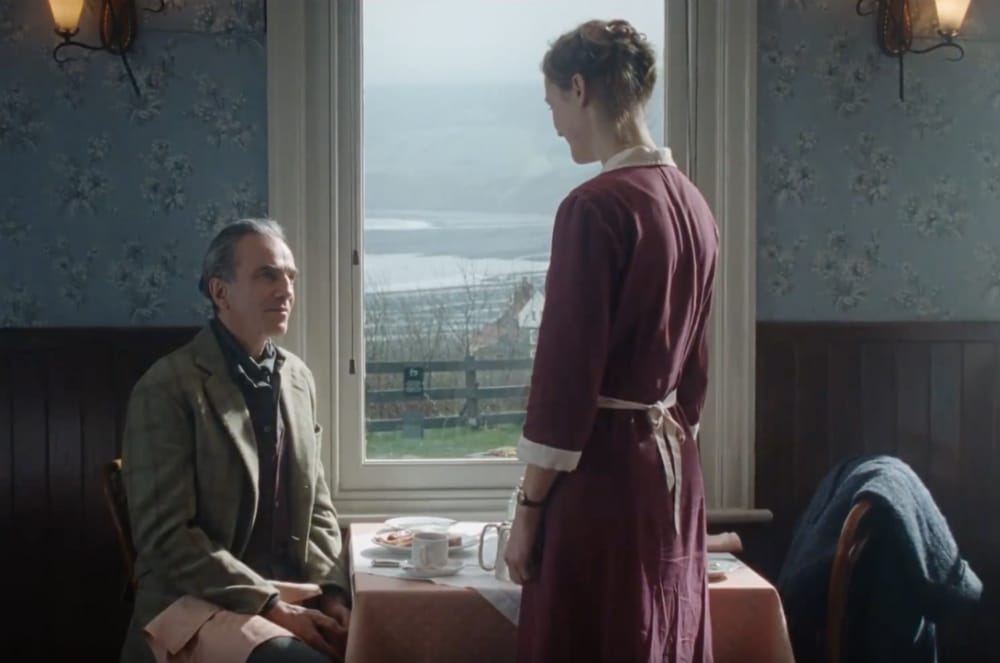 Rich. That’s the word for a film like Phantom Thread. As written, directed, and shot by Paul Thomas Anderson, everything within the frame is filled with a certain and specific richness—the scenery, the decor, the food, and of course, the clothes. (My god, the clothes are so rich.) Fortunately, with a strong assist from Anderson’s actors, Phantom Thread’s chief quality extends to its central relationships as well. And it’s there the film’s richness truly satisfies.

Phantom Thread centres on the life of Reynolds Woodcock (Daniel Day-Lewis), a dressmaker and creative genius behind a fashion house in 1950’s London. His affairs—business or otherwise—are managed by his sister Cyril (Leslie Manville), but really, there’s little room for anything else in his world save the work. (An early scene with a soon-to-be discarded dalliance makes that clear.) The stage is set then for the arrival of Alma (Vicky Krieps), a plucky waitress who literally stumbles into Reynolds’ view and then refuses to leave his side. Alma is by turns stubborn and beguiling, with a self-contained presence that both infuriates Reynolds and intrigues him—and us too. Set largely in Woodcock’s manor, Anderson dances these characters around each other—making way for one here, squeezing out another there—through an emotionally complicated dynamic at times both painful and beautiful, yet always mesmerizing to watch. For his part, Day-Lewis is exacting as one type of genius playing another. Manville, meanwhile, does prim British precision effortlessly, able to convey multitudes without so much as blinking. And Krieps, with her off-kilter timing and cadence, really does create something indelible; in the face of more established actors, she more than holds her own.

Much like Reynolds in style (if not temperament), Anderson too exhibits a powerful formal control over his material. His film’s compositions are endlessly wonderful to look at—be they capturing a dress in motion or the stillness of the English countryside. The score, by frequent collaborator Jonny Greenwood, strikes the right elegant note. And, for a film run through the push-and-pull thematic wringer of want and need, it is also extremely funny. That’s in part due to the great acting, but it feels of a piece with all the technique Anderson brings to bear on the subject. Rich, yes, but also quite filling.