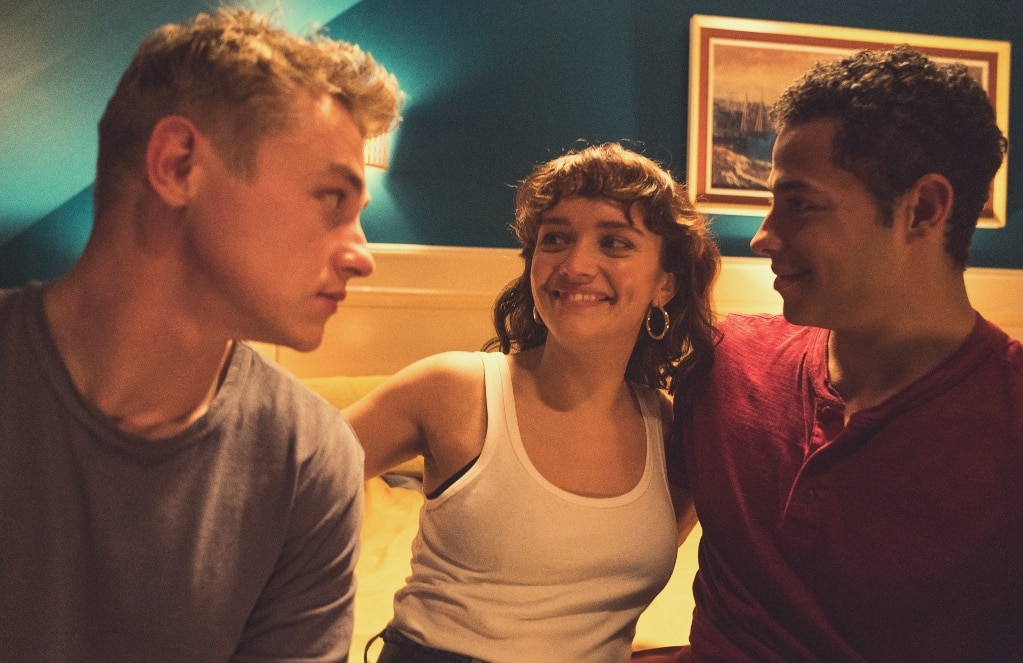 The point of Pixie, directed by Barnaby Thompson from a script by his son Preston, is to be impressed by Olivia Cooke. Oh sure, there’s a madcap plot involving a stolen load of drugs, some dead bodies, and Alec Baldwin as an Irish gangster priest, but really: Cooke, as the film’s smirking titular character, is the reason to watch. And since the rest of those elements feel pretty tired, she is perhaps the only reason to watch.

Stop me if you’ve heard this before: the plot of Pixie is set in motion by a pair of fast-talking criminals who have the bright idea to acquire and flip some illegal goods before fleeing their quaint Irish town. The pair turns on each other, the drugs end up with two dinguses named Frank (Ben Hardy) and Harland (Daryl McCormack), and Pixie swoops in for damage control. As always with movies like this one, we’re then presented with a series of characters and situations, the wackier the better, so as to goose us on to the next scene. To that end, Thompson props his film up with some who’s who of Irish actors—Colm Meaney, Ned Dennehy, and Dylan Moran, a personal favourite—and the unlikely trio dip and dodge across the countryside to escape with their bodies free of bullet holes. Forgive me if I sound a bit bored by all of this. Though the film does have some winning energy, it was not enough for me to care.

Cooke, though, almost makes it worth it. Yes, Baldwin gets special billing, and he clearly revels in the chance to use his Irish accent, but that’s just goofy window dressing. The gunfights and other hijinks of Pixie all feel quite rote too. It’s Cooke who grants this glib film a touch of cool. I admit this is also consistent with her character in the film: everyone else is trying to keep up with Pixie, and by the end, it’s Cooke who makes off like a bandit.