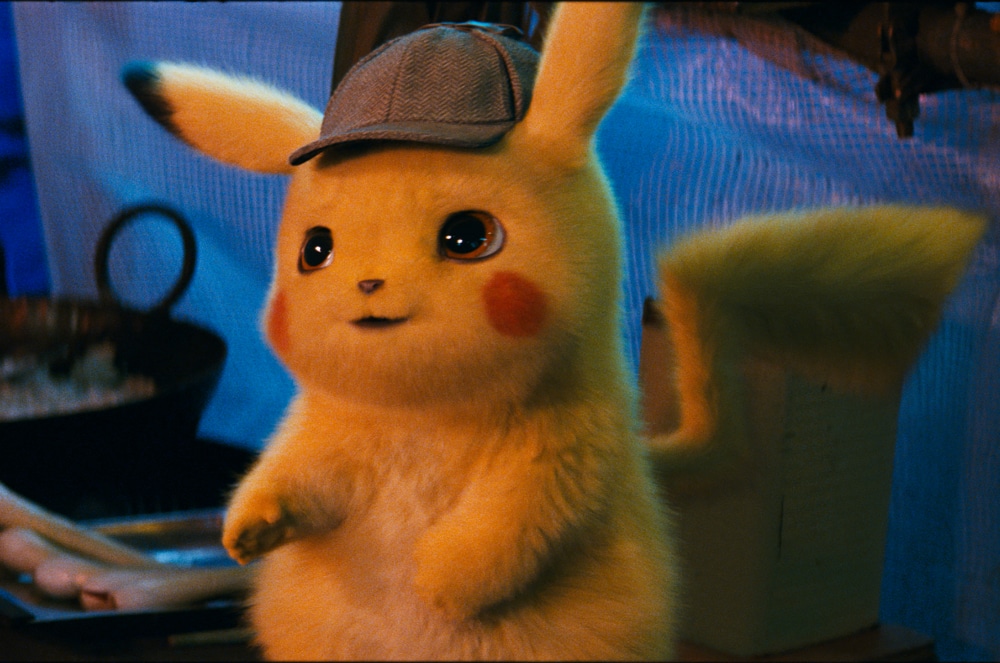 Throughout Pokémon Detective Pikachu, the new film from director Rob Letterman, a question hangs in the air: who is this supposed to be for? On the one hand, there are all kinds of lovable creatures jumping around, making cute noises, and having fun. On the other, there’s a Ryan Reynolds-voiced Pikachu, the star of the show, giving pep talks to the clumsy Tim Goodman (Justice Smith) as they uncover a mystery to—well, I won’t spoil it, but I will ask a follow-up: why?

To make Detective Pikachu make sense, a lot of exposition is required. First, Tim’s friend Jack (Karan Soni) acts as a talking field guide; then there’s a helpful instructional train video about Ryme City (London crossed with Tokyo) and its benefactor Howard Clifford (Bill Nighy); and finally there are flashbacks to some mad scientist stuff featuring Dr. Ann Laurent (Rita Ora) and the most powerful of the Pokémon, Mewtwo (voiced by Rina Hoshino and Kotaro Watanabe). We also glimpse the fundamental reason for Pokémon (beyond selling toys and games): the battles. But not so fast, that part of the source material is almost entirely left out. Instead, Tim heads to the city after learning of his detective father’s death and we get into a light Who Framed Roger Rabbit? retread as he and Pikachu work to solve the case. For the teen crowd (I guess?), aspiring reporter Lucy Stevens (Kathryn Newton) acts as a source of romantic tension; for the older crowd, it’s fun to think about Nighy collecting his paycheque. The nostalgic hit fans of the Pokémon videogames are presumably supposed to feel never quite develops, no matter how many times a Psyduck says his own name with increasing panic.

As for kids, Detective Pikachu‘s actual target audience, there isn’t much left for them to enjoy. The film’s plot is both overly complicated and dumb. The emotional throughline of Tim’s reckoning with his father hollow, his rapport with Lucy an afterthought. Reynolds’ incessant chatter doesn’t help either. And again, what about any of this is supposed to appeal to children chanting “pika-pika”? My advice: scrounge up the old Gameboy and play the original Red or Blue Version instead. They won’t let you down.