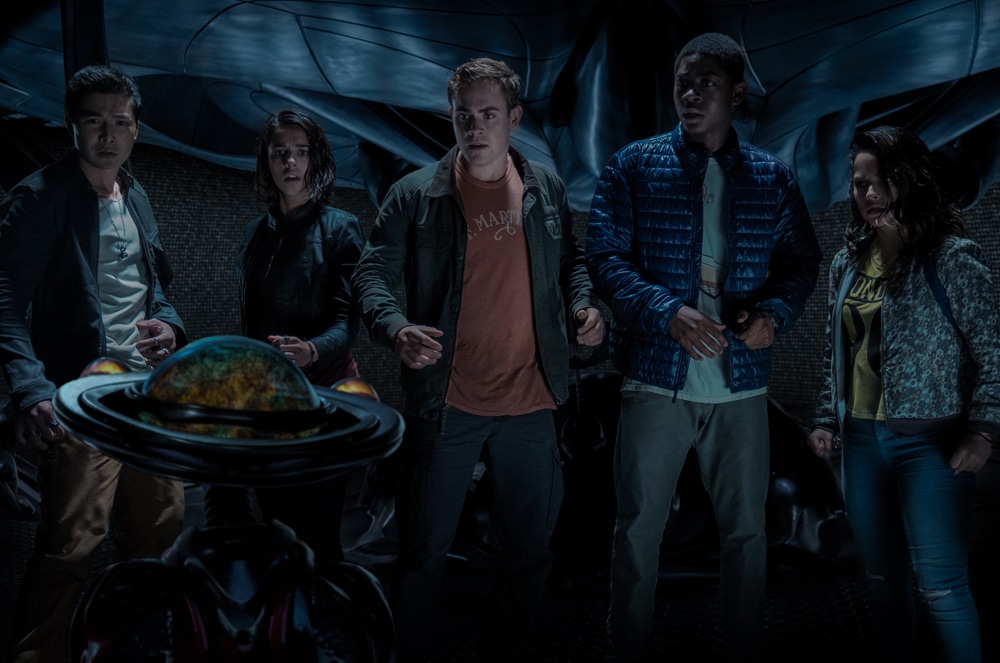 Saban’s Power Rangers may no longer be Mighty or Morphin (though they do Morph).  The movie version of the popular franchise is a sort of soft reboot with plenty of nods to the original series that delivers as a campy product.

They say that an Israelite may lead them, and director Dean Israelite does an adequate job balancing the two extremes of Power Rangers-ness. Sadly, aside from a mostly unnecessary opening sequence, Bryan Cranston does little more than appear inside a wall (his voxelated face is that of Zordon, the spiritual guide to the Power Rangers). Meanwhile, Bill Hader does a fairly strong Bill Hader impression as Alpha 5. He gets off a funny line or two but feels like a nod more to BB-8 (also voiced by Hader). Lastly, of the more recognizable cast members, Elizabeth Banks is surprisingly powerless as Rita Repulsa, who was played by stock footage on the show so it’s not a great challenge to overcome.

The issue with Banks is that she doesn’t know whether to under or overplay the villainous character, so instead comes off like a Goldmember riff (“I love Gold”), and the problem of representation rears its ugly head as an inclusive (!) movie like this one gives the audience an unsympathetic female villain. Banks and Cranston have far too few scenes together as well.

So how does the movie chug along so well? Here’s the truth: the actors playing the Power Rangers (Becky G, RJ Cyler, Dacre Montgomery, Ludi Lin and future star Naomi Scott), all genuinely seem likable and that they want to be there. Becky G’s Trini even presents as a gender preference ambiguous character, which would have been an interesting side quest and is very innovative for a family film. RJ Cyler as Billy Cranston is another standout, at one point acknowledging, “I’m on the Spectrum”, and feeling way different than his Earl from Me and Earl and the Dying Girl. Scott as Kimberly recovers from an early scene in which she is bullied for spreading photos by two classmates (Morgan Taylor Campbell and Sarah Grey). Dacre Montgomery wears some amazing graphic tees as Jason, the leader (it seems almost by default) of the Power Rangers and Lin’s Zack says “I’m Crazy!” and has a sick mother. But at least the team is representative and able to cohere into a unit long before the action on screen demands that they must.

Power Rangers essentially presents one long action sequence, which features a riff on the original song and a Kanye West track. It is a nice mix of self-aware – “Sorry Bumblebee”, says one of the Rangers after a yellow sports car is pushed out of the way. There is also an over the top, ludicrously so product placement which goes out of its way to be silly. If the bar to be cleared is “slightly better Transformers” then congratulations, Power Rangers, it’s Morphin Time!