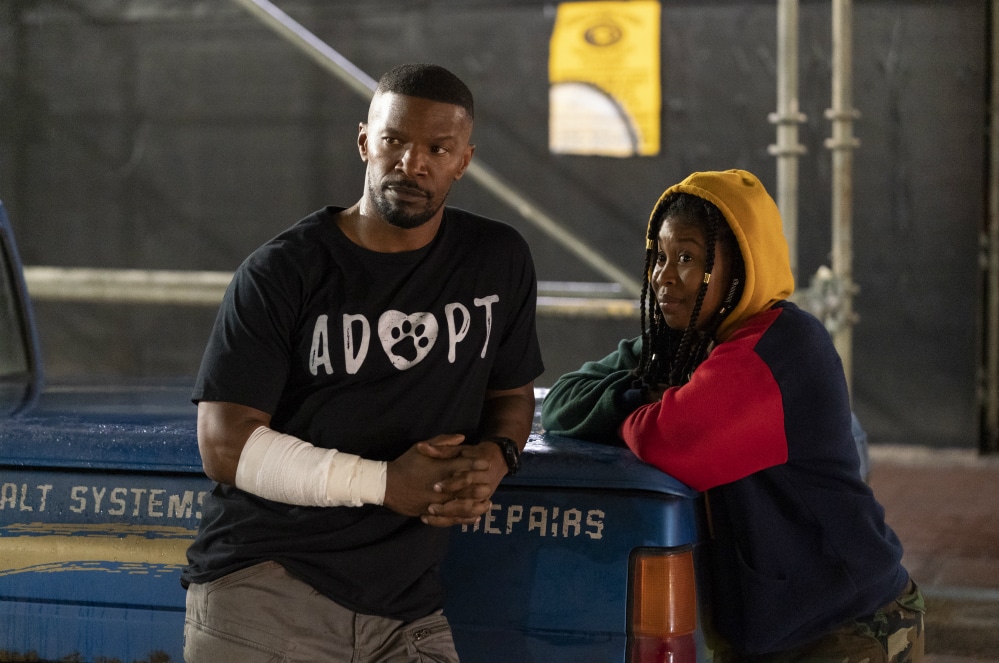 For decades, movies based on comic books aspired to capture what was taken for granted on the page. Want to make a man fly? No camera tricks necessary in comics; just draw him soaring the skies. With continued advances in special effects, however, comic book movies—now a genre unto themselves—can bring to life all manner of super-powered wizardry. In fact, it’s really the only reason Project Power, the new film directed by Henry Joost and Ariel Schulman, exists at all.

Oh sure, as written by Mattson Tomlin, the film jumps through more hoops than just that. For one, in the world of Project Power, there’s a drug that grants superpowers in five-minute increments. For two, there’s some sort of broad conspiracy around said drug. For three, dealers like Robin (Dominique Fishback) sell it, cops like Frank (Joseph Gordon-Levitt, trying an accent again) use it, and mystery men like Art (Jamie Foxx) want it all to stop. After a fiery showdown with one such dealer, we’re drawn into Art’s mission to find the source of the drug, colliding with Robin and Frank in the process. In this, each character’s backstory is as rote and humourless as possible. The actors hit their marks here (Foxx in particular), but the proceedings are all one-note. (The film also wastes Amy Landecker as its villain.) This blandness extends to the film’s action setpieces, which contain a surplus of kinetic energy and chaos, but not much more than that.

That’s because Project Power whips itself through its string of action sequences purely to show off some new special effect—invulnerability, bulk, camouflage, etc. The violence here eventually just outruns its narrative, flipping from scene to scene on the thinnest of pretenses. I get this is a comic book movie (and all that implies), but that doesn’t mean it has to be this flimsy. And while the film’s action is more dynamic than, say, the original X-Men, it ultimately feels like some pages are missing from the story.