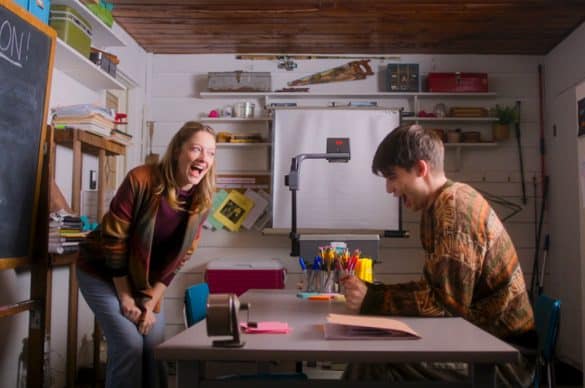 Adventures in Public School received significant buzz around TIFF as one of the funniest and most enjoyable films, so imagine the disappointment upon watching the film and finding the kind of movie that screams “Canadian Film”, and in the pejorative sense. In fact, it doesn’t need to be this way, as director Kyle Rideout and co-writer Josh Epstein have a real standout in Judy Greer, a second standout in Daniel Doheny (although they don’t seem believable at all as mother and son), some genuinely touching and funny lines, a positive message of tolerance and acceptance, of body image and a whole host of other great attributes.

Why, then, must the film be like every other overlit lower budget film that feels like a television set that is set to that auto-feature that makes it lag? In addition, the ending is trite and predictable and Doheny doesn’t get a chance to flex his acting chops in a way that he should (Greer is a gem as always). There is clearly some schooling left to attend.

Adventures in Public School is currently playing in select theatres in 11 cities across Canada for a limited engagement today and Tuesday May 1. For showtimes and theatre information, please click here!