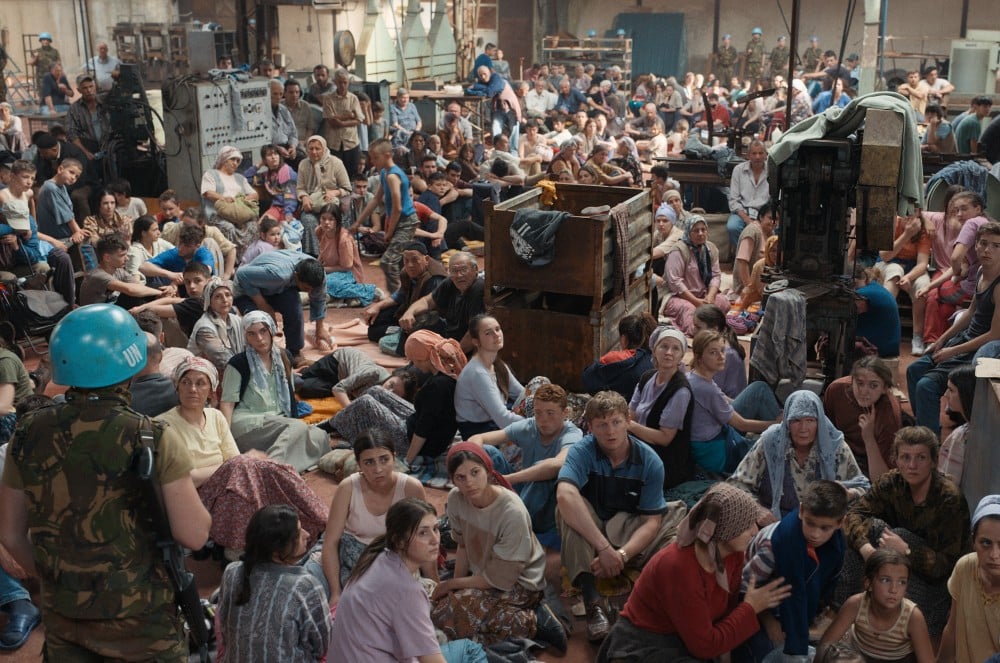 Quo Vadis, Aida? is not a film one enjoys. As written and directed by Jasmila Žbanić, it’s an attempt to dramatize a very real moment in recent history, known now as the Srebrenica massacre. Žbanić’s film is successful in that attempt, which means two things: first, the film is well-constructed and wonderfully acted; and second, it achieves its ultimate aim by translating tremendous agony to the screen.

Amid the Bosnian War in 1995 is Aida (Jasna Đuričić), an interpreter for the United Nations peacekeeping force stationed in the so-called safe zone outside Srebrenica. After the town is taken by Serbian forces, the townspeople, including Aida’s husband Nihad (Izudin Bajrovic) and two sons, end up in and around the base waiting for what happens next. Despite knowledge of the horror to come, Quo Vadis, Aida? is still able to generate queasy suspense—first of escape, then through hopeless negotiations, and so on towards its inevitable conclusion. Powered by Đuričić performance, which toggles between unfathomable strength and desperation, we come to understand the particulars of what happened. And while the film pays mind to real—and coolly psychotic—Serbian General Ratko Mladić (Boris Isaković) and the overwhelmed UN soldier bureaucrats (Johan Heldenbergh and Raymond Thiry, among others), Žbanić never loses sight of Aida and the civilians caught in the middle. These fictional details come to shape the true scope of what was lost. And while what’s onscreen is surely traumatic, Žbanić’s attentive eye never comes to feel gratuitous. Yes, taken altogether it does not make for entertaining viewing, but the film gives an effective voice to those swept up and silenced.

In effect, Quo Vadis, Aida? is that psychic scream, the resolution of an unspeakable tension. Come the film’s climax, there’s almost a moment when you might think: surely they won’t do that, will they? But they do. They did. If the film’s denouement from there is long, well, some memories are long too. To her credit, Žbanić makes sure the whole story is told.