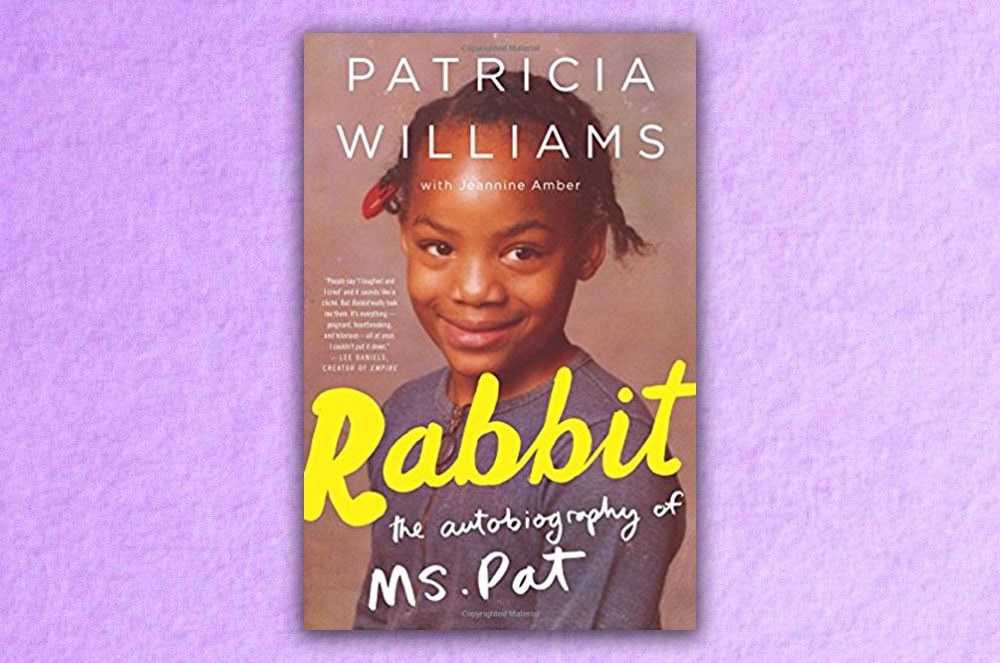 Rabbit: The Autobiography of Ms. Pat is a difficult book to review for a number of reasons. First of all, I don’t know much about Ms. Pat as a comedienne. For whatever reason, she has not been on my radar, so I didn’t really know what to expect in that regard. In fact, I was actually quite surprised by the introduction because many of the salient plot points, (i.e. How brutal the book would become), were given away early on, and by the time that we launch into the story proper, she’s already been neglected by her mother, suffering sexual abuse, and very nearly pregnant at thirteen. It’s a punishing book and yet despite that, I read it all in one sitting and just breezed right through the pages.

In essence, it’s the type of memoir (written with a co-writer) in which it reads as suffering, suffering, suffering, a glimpse of hope and then a happy ending. But really, it’s a surprise that one chapter is devoted to stand-up comedy and it doesn’t really touch on what makes Ms. Pat so relatable as a stand-up, (although one hint is provided). Essentially, it takes the difficulties and formative years and praises the power of hard work and staying on track and “guardian angels”, proposing the theory of hard work and overcoming obstacles leading to accomplishment. So it’s almost like a self-help book in a way, and it sort of neatly contrasts the Kevin Hart autobiography from a few months ago in which a completely different approach is utilized.

It’s difficult to determine if the purpose of an autobiography is to get to know the real heart and soul of an author. Should there be an attempt made to “withhold truth” in order to create a narrative? Rabbit gets the dirty details out of the way early on, but brings the reader into a part of the world (Atlanta) in which bad people continue to do badly, but the theme emerges that the neglect and disrepair suggest that there are many Rabbits, many Ms. Pats that share similar stories, but only Ms. Pat emerged from the mire and was able to tell it.

Rabbit: The Autobiography of Ms. Pat was provided by Harper Collins Canada in exchange for an honest review. It may be purchased from your friendly independent bookseller or other fine bookstores.