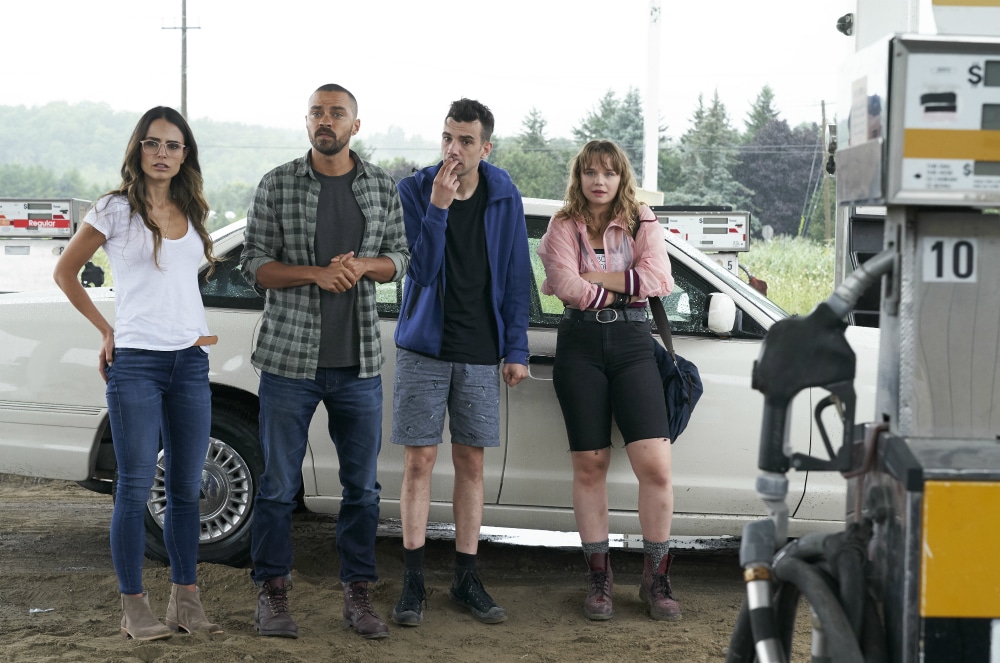 It’s laudable of Canadian Jay Baruchel to generally eschew the trappings of Hollywood so as to focus on filmmaking in his home and native land. To that end, he’s helped produce movies like Goon, a personal favourite, and widened the frame of Canadian cinema. That’ll be the lede in Baruchel’s eventual career retrospective, noted next to his friendship with Seth Rogen and his early role on TV’s Popular Mechanics for Kids. No mention of Random Acts of Violence will be made.

For Baruchel’s second feature-length directorial effort, we meet writer-artist Todd (Jesse Williams) as he works towards the end of his beloved comic “Slasherman.” We’re told it’s one of the most successful R-rated books out—are those even given R ratings?—though to my eyes it looks pretty one-note. After an animated and exhaustively talky opening, we’re sent on the road with Todd, his partner and fellow author Kathy (Jordan Brewster), publisher Ezra (Baruchel), and assistant Aurora (Niamh Wilson). They’re promoting the book but also gathering information and inspiration, which Todd needs as he struggles to craft an ending. This is not a problem shared by Baruchel, who clearly made Random Acts of Violence for the opportunity to stage a series of increasingly macabre and gory death scenes, leading to a finale both blood-soaked and boring. Sure, the actors all scream and cry appropriately and the production design achieves the standard level of grime, yet I’m left wondering: what is all this violence supposed to be for?