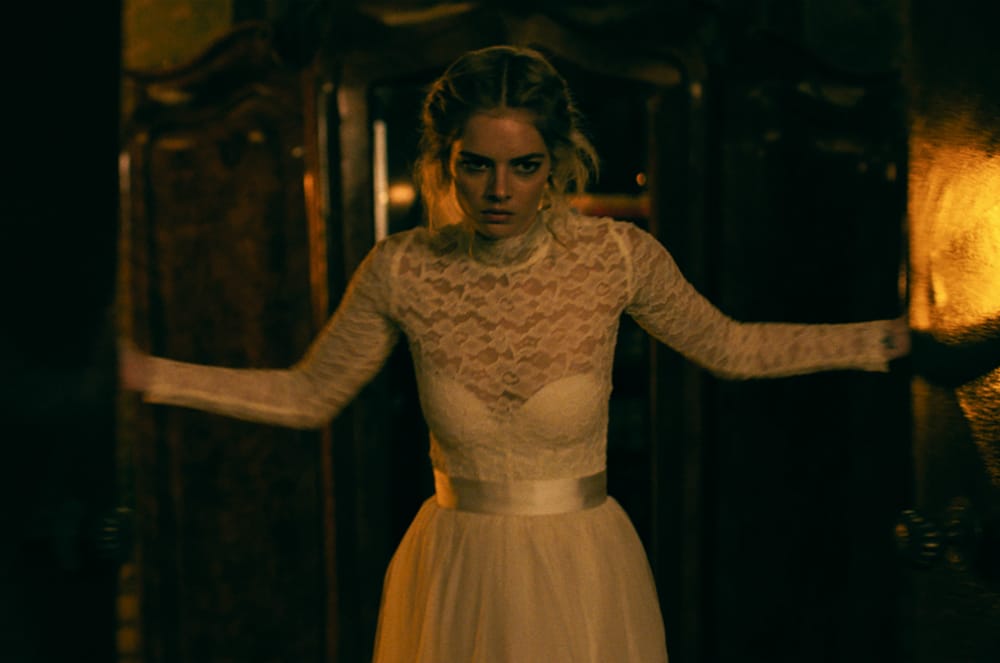 Ready or Not is decent, yet it’s not quite the horror-thriller-comedy brilliant hybrid that was raved about after our screening. It’s brought down by a myriad of issues (Mark O’Brien not right for the groom role, not quite violent enough, tonal issues, etc. etc.), but is a nice relief from the familiar, especially after the announcement that the similarly-themed (though far more political) The Hunt will be entirely shelved.

Filmed mostly in Toronto with a bunch of familiar Canadian names filling out the cast and crew (and from the Radio Silence collective, now seemingly operating with a larger budget), Ready or Not has a through line featuring Hide and Seek, some sort of devil worship, a fractured family, Andie MacDowell as the creepy matriarch and Henry Czerny doing his best to make us not think of Callum Keith Rennie, Adam Brody erasing the memory of Seth Cohen, and weaponry galore. In a startling twist, Melanie Scrofano (prepare yourself, Wynonna Earp fans) makes off with the picture as drugged up sister of the groom and her line readings and vocalizations alone lead her to be the standout of the film. It’s also a breakout role for Samara Weaving as the bride, although naming her Grace seems a little too on the nose for contrasting the brooding, gothic family. The picture also makes decent use of its budget with gory pieces that are well formatted and not over-relying on computer graphics that distort the effect on the violence on screen.

For a late summer release (which is prime dumping time), and a Disney-distributed film no less (!!) Ready or Not is pretty, pretty good, and despite having interviewed or interacted with almost every single member of its mainly Canadian cast, we were not ready. Don’t hide. Seek this movie out.