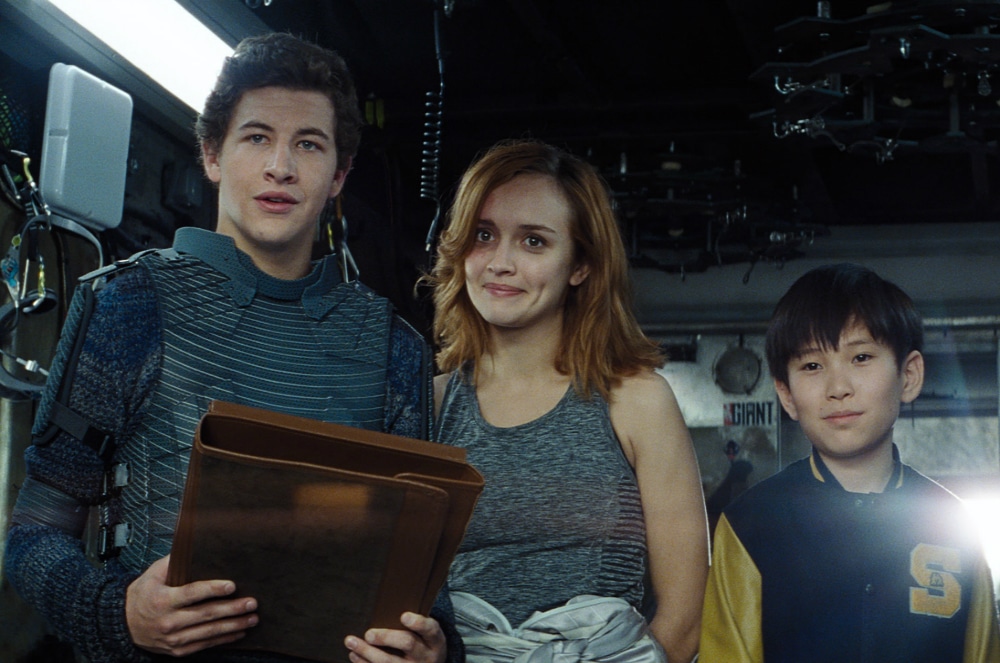 Ready Player One is a great book and a decent movie. I say this as a big fan of the book by Ernest Cline, which was essentially a thrill ride throughout and was a monumentally difficult project to adapt. In fact, it could probably only be Steven Spielberg that would be up to the task, working from a screenplay by Cline and Zak Penn. There are some pretty major bumps on the road, (including Mark Rylance, great in almost everything, not so much here as a miscast James Halliday, and Hannah John-Kamen who is fairly wasted), though it’s an audacious and ambitious project, to say the least. There are moments of pure magic, and this again is coming from a fan of the book, so no points for simply replaying some of the novel’s deft touches.

What Spielberg manages to do so well, and I’m no Spielberg apologist (I openly disliked The Adventures of Tintin, The BFG and some of his recent pedestrian efforts), is to navigate the rough edges into a coherent narrative that expands on the pre-existing material. A chase sequence involving The Shining for example is sheer brilliance, the quest itself, in which Parzival / Wade Watts (Tye Sheridan, adequate), and a flat accented Art3mis / Samantha (Olivia Cooke, decent) is still thrilling for ingenuity, although it veers into IRL too quickly, and the visuals, while a lot to take in, are still pretty ridiculous. For a film set in 2045 that is constantly referencing mostly 1980’s culture, Ready Player One hews more to the former in terms of scope, so that instead of feeling like we’re in the middle, this feels like a future shock. And the nostalgia, while still a bit too time period specific (I would kill for some 90’s or even early 2000’s newstalgia), is handled well because Spielberg himself had a hand in creating it. Zemeckis cube? Millenium Falcon? This is way more meta than Stranger Things.

Most of all, the nostalgia is that of vintage Spielberg himself, and a callback to earlier films like E.T. run this side of schmaltzy, but represent a great leap forward by looking backwards.