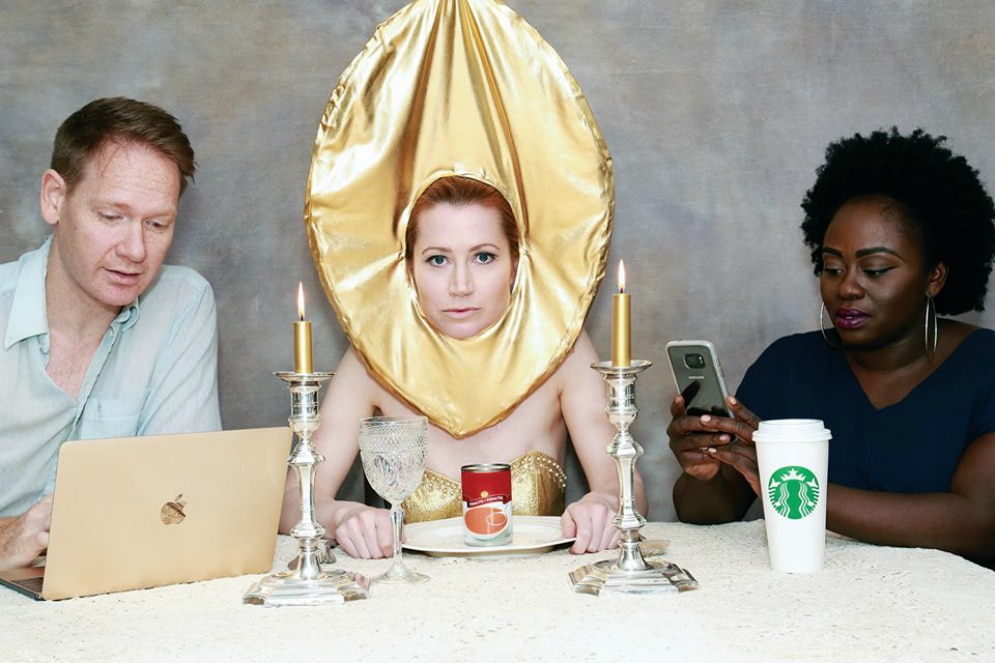 The Julia Lederer-penned show Reality Theatre feels like a representation of SummerWorks as a whole. The performance is a bit of an experiment, as there are multiple one-acts and the pieces are all mainly interconnected.

The sense of immersion suggests that the audience must find its way throughout the work, which runs at just over an hour. There are no programs, one of the performers stays on stage in character singling out the later arrivals, and the first half feels like a getting to know you process.

Though I don’t usually do so, I picked up on a comment from a pair of audience members on my way back, who remarked (to each other) “the second half was really funny” and in a manner of speaking, they were correct, as Krista Moran arrives late (and undergoes a flurry of costume changes), yet her monologues make up the bulk of the laughs, and even some of the funniest parts didn’t get a reaction at the full house on opening night (it’s a bit of a thinker, this show).

Bits on Beauty and the Beast, performance in general, the Internet, spoons, Starbucks and a back and forth bit on stage received some hearty chuckles, (bonus points for the candy Popeye sticks left on the seats and integrated into the show). However, the main arc of a man living forever and its repercussions felt a little broad, like a sketch that goes on past its expiry date, and more development would have been welcome in this area. The sections on Twitter and Internet culture would have easily attracted my attention throughout and been a wonderful showcase for the trio of performers. My experience was also jarred by Akosuka Amo-Adem, who was a confident actress and yet I had trouble hearing throughout (and I was in the front row).

Andy Trithardt and the sublime Moran were more voluminous, although Trithardt wasn’t given much in the way of range. Lederer and director Rebecca Applebaum have brought forth a worthy production. With some more guidance provided, the show will feel even more real.

Eat Only When You’re Hungry Review