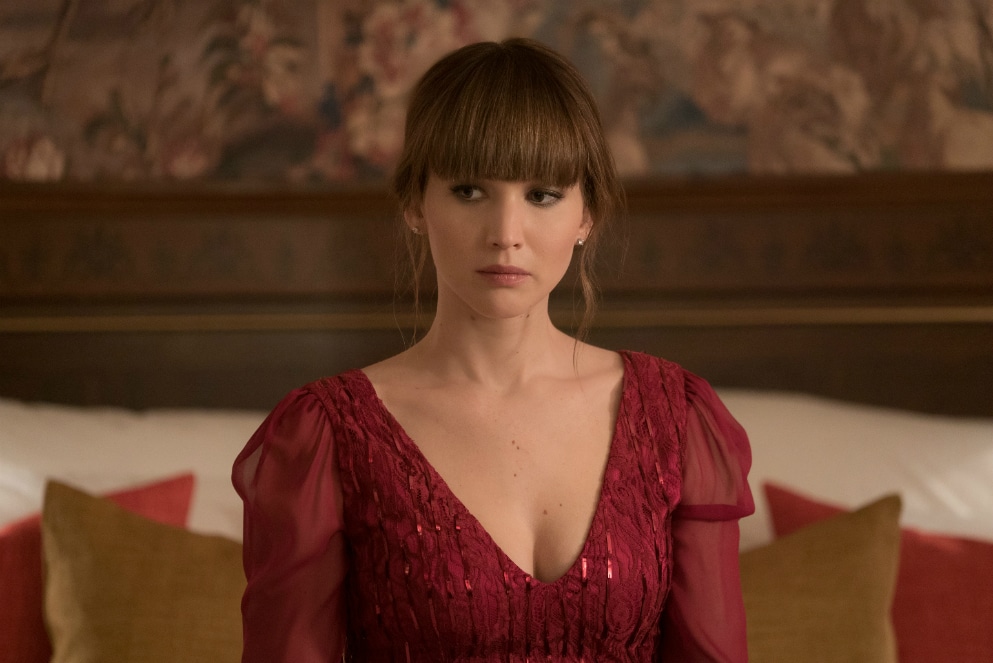 Red Sparrow could very well have been titled The Whoring Games. Director Francis Lawrence has teamed up again with his Hunger Games leading lady Jennifer Lawrence for an all style and little substance espionage thriller that’s low on thrills.

Lawrence plays prima Bolshoi ballerina Dominika Egorova who, after a career-ending injury, is forced into Sparrow School, a Soviet intelligence organization that trains young men and women to cater to the needs of those they’re infiltrating for key information to then pass on to the Russian government. Here she’s taught (in sickly fashion, by stern matron Charlotte Rampling) that rape and gruesome violence are acceptable parts of the job, all in the name of helping the men in charge (who then take all the credit, of course). Egorova quickly adapts to her duties, of course, as she’s been taken advantage of by the men closest to her (namely her pedophilic uncle, played by a miscast Matthias Schoenaerts) her entire life.

Her first assignment is to become intimate with CIA agent Nate Nash (Joel Edgerton), who’s closely guarding the identity of a mysterious mole in the upper echelons of the Soviet government. The two play a seductive game of cat and mouse and yet it doesn’t take much intelligence to discover who the mole is or how Egorova will take vengeance on the repugnant men who have wronged her.

Though stylish to look at (thanks to top notch work by cinematographer Jo Willems and production designer Maria Djurkovic), the film isn’t perceptive enough to be compared to a John le Carré work (Tinker Tailor Soldier Spy this is not) and doesn’t play up its campiness factor enough (not to mention squanders its potential female empowerment angle) to be compared to a lesser Paul Verhoeven work. Don’t fly to see this one.