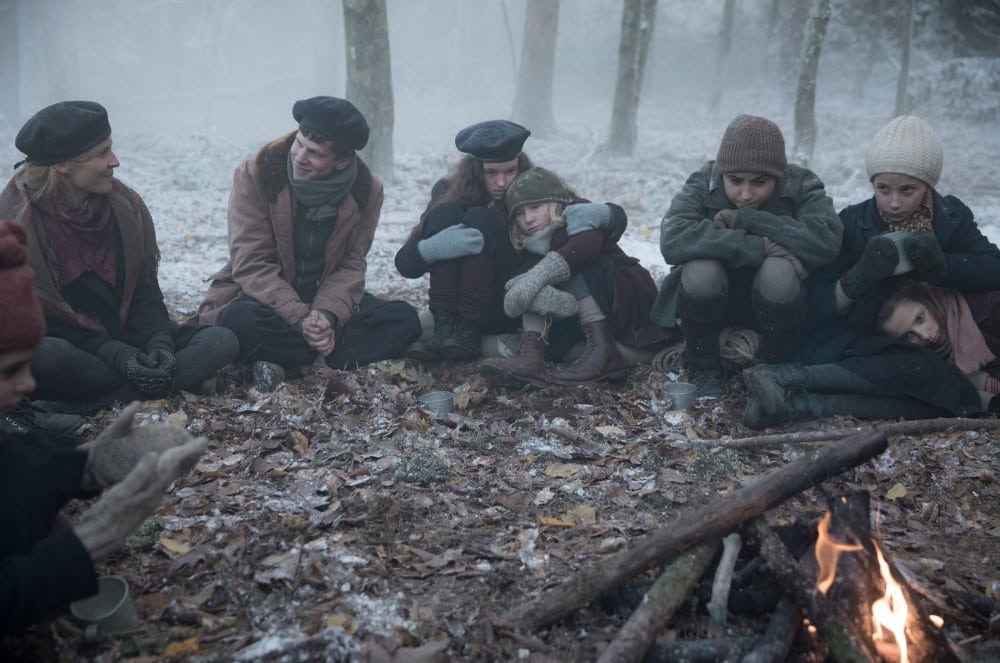 Ever wonder what exactly the deal is with France and Marcel Marceau? Writer-director Jonathan Jakubowicz has just the movie for you. All it requires is two hours of your time, an immense amount of patience, and a complete absence of any pre-existing knowledge about World War II, the Holocaust, and the French Resistance. That’s the title of the film, by the way—Resistance—a perfectly opaque descriptor for a film trying to do a lot, yet amounting to not enough.

The broad strokes here are easy enough to understand. Marceau, capably played by Jesse Eisenberg, seems to want to stay above the fray of the encroaching war but is gradually pulled in by his neighbour/love interest Emma (Clémence Poésy). Meanwhile, Marcel’s father Charles (Karl Markovics) chides him about his desire to be a clown—only to realize later, as we all do, the value of Marceau’s talent. As it turns out, Marcel’s ability to entertain newly orphaned children deepens his commitment to the Resistance, charging the film into a different (not new) direction. And to ensure we grasp the stakes, there’s plenty of lead Nazi Klaus Barbie (Matthias Schweighöfer) showing us just how evil he can be. What follows though is a tepid film traversing some years and miles—with helpful text, map, and newsreel footage interludes—visualizing various situations this ragtag bunch of fighters (and children) find themselves in thanks to the war. It’s all quite serious as subject matter, but it doesn’t make Resistance compelling to watch.

The film’s efforts produce loads of nice period costumes, however, with the cast also harried and coiffed just so. Even the cobblestone streets look correct. Jakubowicz does grant his film a sense of scale in some moments—as in a chase across a busy market square—but his narrative feels like an endless collection of scenes banging together. One positive note, followed by a negative one; a grim scene we’ve seen in a dozen movies before, then tears of joy. Forgive me for sounding callous, the message of Resistance is a positive one. Maybe just read a history book instead.