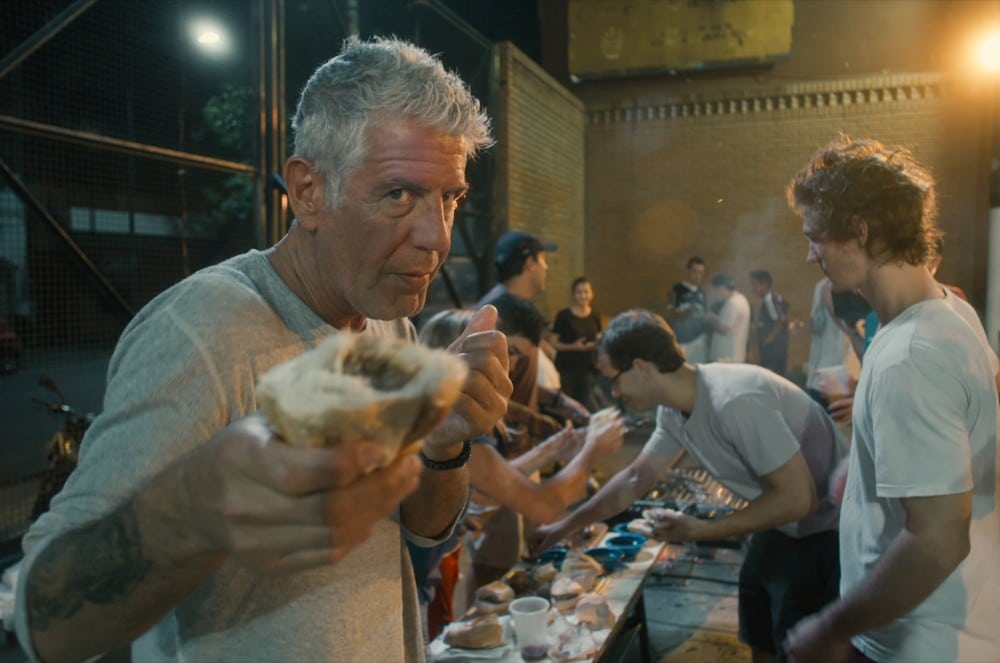 Roadrunner has two significant things going for it right from the start: the presence of Anthony Bourdain, who has produced seemingly endless footage of himself over the years, and a genuine feeling of love for that same central subject. As directed by Morgan Neville, the film works as both a historical document and travelogue, explaining how we got from here to there with everyone’s favourite TV chef as he found (and lost) himself on life’s journey. It’s easy to be drawn in by all that.

If you don’t know the backstory, Roadrunner fills in the blanks: who Bourdain was before he became an almost ubiquitous media presence, how his book Kitchen Confidential came together, what the formation of the show No Reservations looked like, and why it felt like he was on a lifelong search—nay, quest—for answers. Neville relies on the people closest to Bourdain—his second ex-wife, his friends, his production team—to enliven the proceedings, but of course, the film is at its best when we’re just listening to and watching Bourdain. Much as he did with his previous Mr. Rogers documentary, Neville has the good sense to let the footage do the heavy-lifting when need be. The end result is a film that alights upon some of the same ambiguity Bourdain appeared to grapple with constantly, providing a dose of joy, sure, but also ominous darkness always looming in the background—and then coming up fast.

The film’s final third is, naturally, its most challenging—and easiest to challenge. While the rest of Roadrunner is spent in fascinating locations listening to Bourdain (and others) talk us through his ups and downs, we eventually have to confront the reason why he’s not among the talking heads in the present day. Neville lets some ideas air about that, and the tears do flow, but it’s hard not to agree with the sentiment expressed on-camera at the end: maybe Tony wouldn’t have wanted it this way.