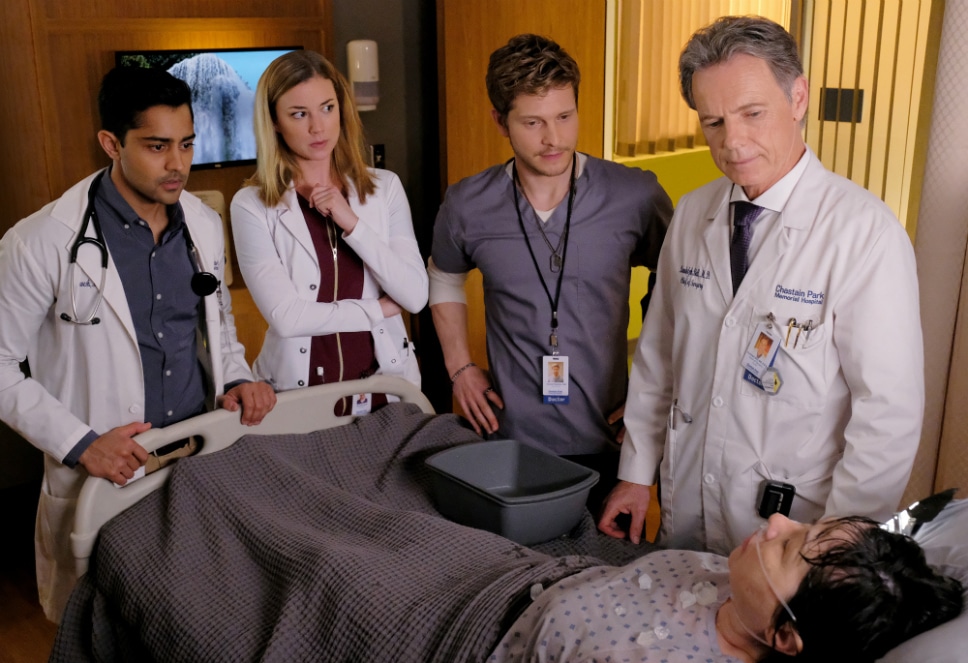 On Tuesday, June 6th, we were treated like a VIP at the exclusive Rogers Upfront press day. Senior Vice President of TV and Broadcast Colette Watson spoke excitedly about the 12 impressive new titles on Rogers-owned City, the fact that FX audiences are up 30% year over year (not to mention that the network garnered hordes of accolades and awards). Plus Rogers owns Canada’s number one sports brand (Sportsnet), they were the first network to broadcast in 4K and, in thrilling news to us, consumers can now communicate with their Nextbox from any device (and PVR on their way to work). Among the new titles, two that jumped out at us are the hot new medical drama The Resident and the City-produced gripping limited series Bad Blood, which is about real-life Montreal mafioso Vito Rizzuto.

We had the chance to sit down with the star of The Resident, Manish Dayal, who plays Devon, the young and impressionable intern. We asked him about the Canadians in the cast and he said, “Bruce Greenwood’s character serves as the chief of residency and he is the more senior actor on our show. He has the most experience, so it’s funny to see how that relationship comes to the nature of our show”. He added that “Emily VanCamp is great. She plays Nicolette who is the head RN in the hospital and our characters really connect in the pilot. She becomes a source of information and the go-to for Devon in the first episode and I think they’re going to definitely have a great rapport”. Based on the fact that they are seen smooching in the trailer, we would definitely say so!

Dayal noted that “The Resident is relevant on many levels because we talk about the implications of for-profit healthcare, and the for-profit medical system and what that results in. What happens on the show has implications beyond the hospital and has real implications on the lives of the patients who come into the hospital, so it does touch on for-profit medical care and universal health care. These doctors aren’t your typical doctors, they’re new, they’re unique and I think the show flips the idea of a medical drama on its head”. It certainly looks to be a game changer.

Next we got to learn about the limited show Bad Blood from its leading man Tony Nappo. The local actor plays a mysterious bodyguard, but in person he is an extremely engaging presence. Speaking about Bad Blood, Nappo says, “It’s a mob story and people usually don’t require more than that to be hooked. That being said, you’re inspired by a true to life Canadian family in Montreal, Canadian events and people. You’ve got a really strong six scripts written that represent the actual people I think in quite a human and positive way. And then you’ve got a fucking incredible cast and director [Bon Cop Bad Cop 2‘s Alain Desrochers]”. He sums it up by stating that “it’s got the whole package”.

Nappo adds that “People are watching for the cast. I was ecstatic to be working with the likes of Kim [Coates], Anthony [LaPaglia], Paul [Sorvino], and of course Maxim [Roy, from Shadowhunters] and Michelle [Mylett]”. He concludes by stating that castmate “Enrico Colantoni is like a brother to me”.

Be sure to tune into City, FX and FXX for their unbelievable Fall lineup!