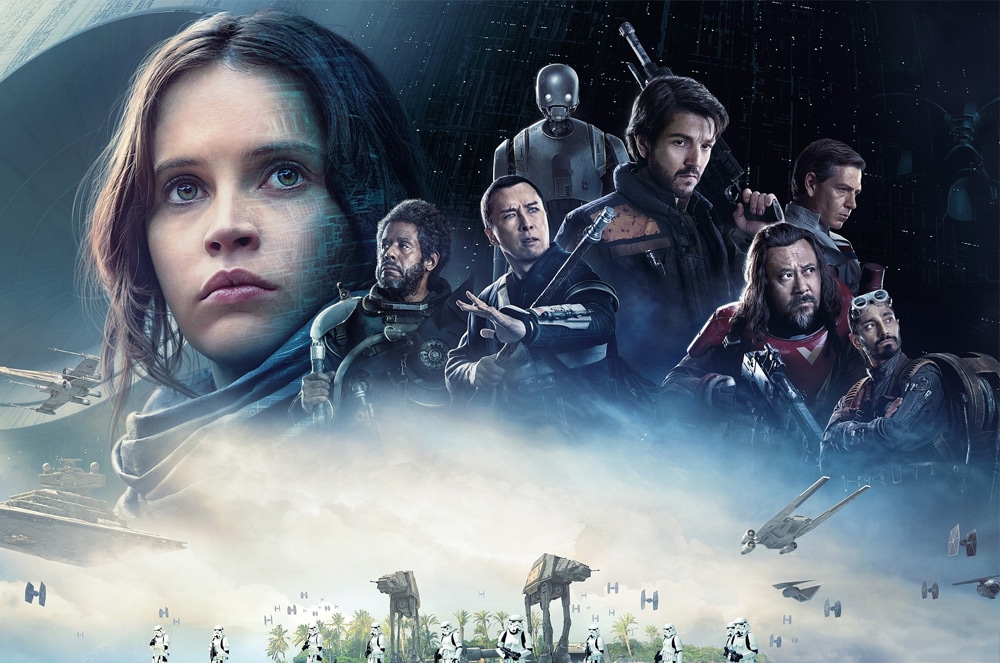 The plot points of Rogue One: A Star Wars Story can best be summed up by the opening crawl of Stars Wars Episode IV: A New Hope. “It is a period of civil war. Rebel spaceships, striking from a hidden base, have won their first victory against the evil Galactic Empire. During the battle, Rebel spies managed to steal secret plans to the Empire’s ultimate weapon, the DEATH STAR, an armored space station with enough power to destroy an entire planet. Pursued by the Empire’s sinister agents, Princess Leia races home aboard her starship, custodian of the stolen plans that can save her people and restore freedom to the galaxy….” It is the stealing of the plans of the Death Star by a motley crew of Rebel spies that forms the spine (and really, the heart) of the story here. Played by a groundbreakingly (especially for a Star Wars film) diverse group of actors (namely, Felicity Jones as de facto leader Jyn Erso, Diego Luna as charismatic spy Cassian Andor, Alan Tudyk as scene-stealing droid K-2SO, Hong Kong superstar Donnie Yen as Chirrut Imwe, Wen Jiang as Baze Malbus, and Girls‘ Riz Ahmed as Bodhi Rook), these Rebels are fully formed characters that you can’t help but root for (even knowing how the story ends). To be perfectly honest, I was a bit disappointed by the lack of special features on the Blu-ray combo pack. I’m assuming this means there will be another Rogue One: A Star Wars Story blu-ray release in the coming months (as has become the norm in Stars Wars home entertainment releases with the myriad of re-releases). I look forward to the bevvy of audio commentary tracks and the blooper reel on that disc. In terms of what’s on offer here, the heading ‘The Stories’ includes 9 six to seven minute featurettes, all compelling, with ‘The Princess and The Governor’ particularly bittersweet following the recent death of the titular Princess, Carrie Fisher. The four-minute ‘Rogue Connections’ featurette is fascinating for casual fans of the Star Wars series, as it points out many of the Easter egg-like background appearances of canon characters. I just wish it went on longer.

Rogue One: A Star Wars Story was one of the best films of 2016 and a must in any Star Wars fan’s home entertainment library collection.

Win an iTunes digital copy of The Void! 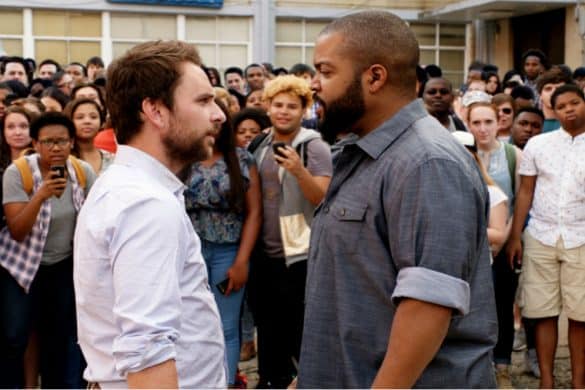 Great to see so many diverse actors in this wonderful film!

One of the best Stars Warsaw movie.