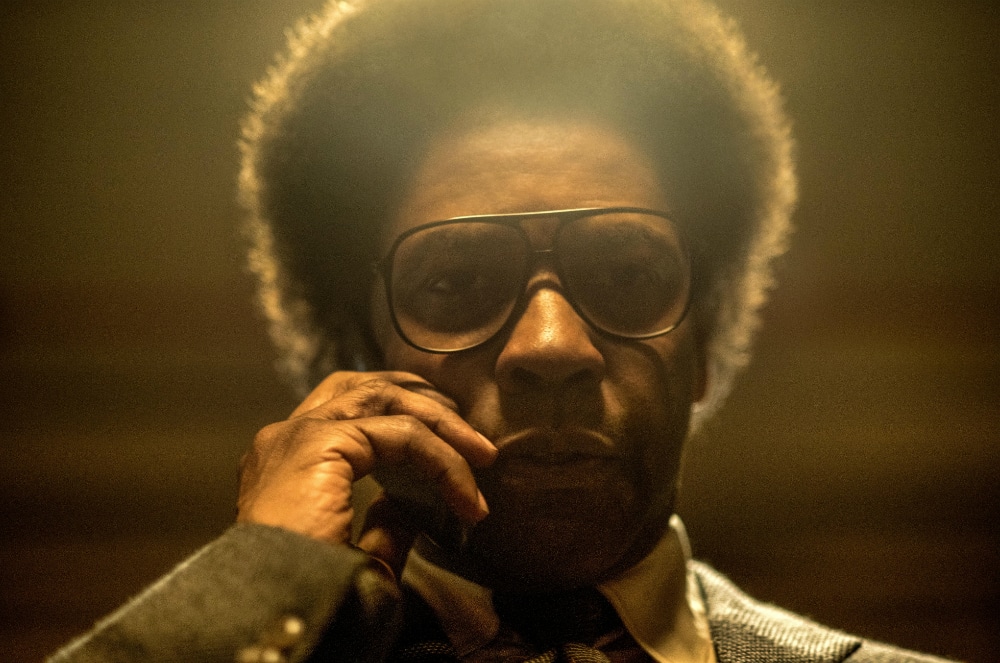 The movie Roman J. Israel, Esq. is a big ol’ mess of a movie. The problem is not Denzel Washington, who gives his all as the strangely-named lawyer, and remains a formidable presence in films, even in missteps like this one. The greater issue is Dan Gilroy and his script and direction, which take all of the less than savoury elements from his previous film Nightcrawler, (which was never as good as the hype surrounding it), and have a lack of narrative flair.

It is difficult to figure out exactly what is going on in a film that presents a character that is clearly “on the spectrum”, the aforementioned Israel, and gives an audience very little reason to root for him in his personal or his professional life. Faring perhaps even worse is Colin Farrell as a slick high-powered California lawyer. Farrell struggles to hide his Irish accent throughout and doesn’t seem sure at all what he is doing on-screen. Carmen Ejogo also struggles with her accent, (a rarity), and seems unsure what to do with her role as a grassroots activist and a potential love interest for Israel. Most of their scenes together are uncomfortable to watch and the film as a whole struggles to present its argument in a cohesive manner.

We won’t rush to its defence any time soon.

Win advance screening passes to The Shape of Water!