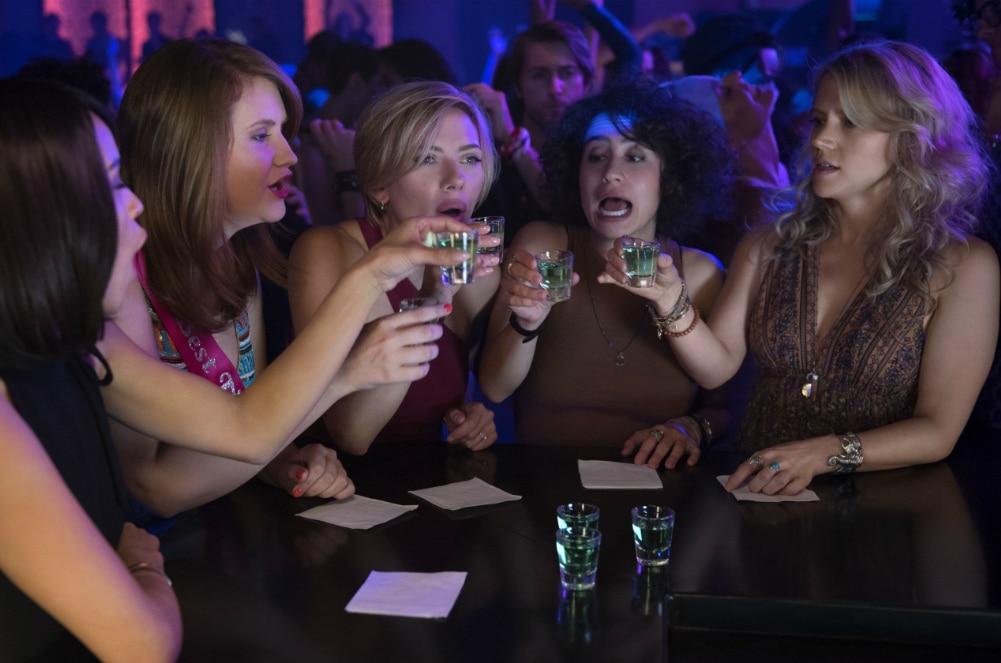 Imagine Very Bad Things mixed with Bridesmaids (minus the heart and humor of the latter), and you’ve got Rough Night. Marketed as a raunchy comedy in the vein of The Hangover films, the movie suffers from one of the key problems that also recently plagued Wonder Woman. Both films are hoping to garner support from a largely female audience but, when written by males and (one assumes) conceived by male executives, produce female protagonists that still adhere to societal standards of how women should act at all times. In Wonder Woman, for example, Diana never stops to question why women aren’t allowed on the battlefield and in Rough Night, Scarlett Johnansson never allows herself to enjoy the pleasures of her bachelorette weekend, instead always opting to check in with her fiance, as a kept woman should. In its bid to appeal to both male and female audience members, the so-called masterminds behind the movie (Broad City‘s Lucia Aniello and Paul W. Downs) lost sight of how to drawn in either crowd. The movie isn’t dirty or sexy enough for the male gaze (to use broad gender stereotyping strokes) and none of the protagonists are relatable or real enough for a female audience to care.

The movie centers around ScarJo’s Jess, a prim and proper pantsuit-wearing politician running for Senate, whose opponent’s dick pic-sending persona is beating her in the polls. There are shades of Hillary here that should have been fodder for easy social commentary but, again, Aniello and Downs aren’t interested in fully formed characters or saying much of anything other than girls just wanna have friends. But I digress. Jess is embarking on her bachelorette weekend, planned by her university BFF Alice (Jillian Bell). Along for the wild ride is hippie, lesbian activist Frankie (Ilana Glazer, essentially rehashing her Broad City character), WASP-like Blair (Zoe Kravitz), and Jess’ wild-child Australian friend Pippa (Kate McKinnon). It isn’t long into their weekend, however, when Alice accidentally kills their stripper (Ryan Cooper) and the ladies have to figure out what to do with the body, Weekend At Bernie‘s style.  There’s also the promiscuous neighbors (played by the very game Demi Moore and Ty Burrell) and a whole storyline revolving around a diamond heist, but the less said about all of that, the better.

The best parts of the film surround screenwriter/actor Downs’ comical portrayal of Peter, Jess’ effeminate fiance who pulls a Lisa Nowak in his bid to travel to her as quickly as possible. If the movie was just Downs, Bell and McKinnon in a series of funny setpieces, it might not have been quite so rough.