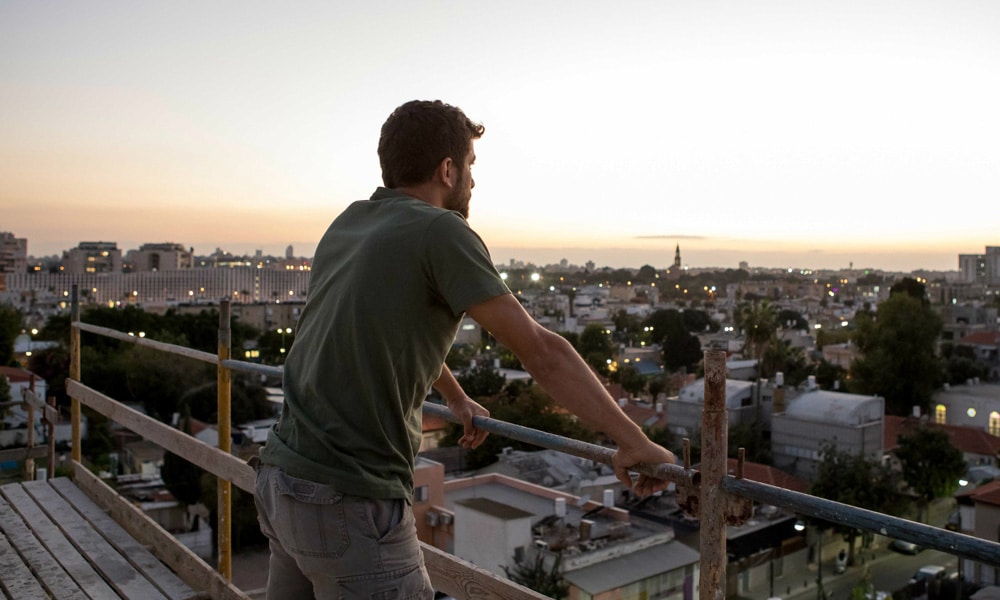 Scaffolding is a film that I wasn’t expecting to like as much as I did, primarily because the main characters are extremely abrasive and pushy (I guess it is an Israeli film), but it has a charm for days. The film came out of Cannes ACID, and credit TIFF and programmer Jane Schoettle for giving the film a prominent showcase at TIFF. The less you know about the film, the better, but it’s essentially a story of a man-boy Asher (Asher Lax) torn between a charismatic teacher (Ami Smolarchik) and his father, Milo (Yaacov Cohen) . His teacher is named Rami and gives him some difficult assignments, and his father wants him to go into the family construction business, hence the title.

If you said “hey, this sounds a little bit like Good Will Hunting“, then that is what I thought as well. But the film surprises as the naturalistic style and camerawork of Matan Yar and Bartosz Bieniek help to build a genuinely moving film, nothing at all like the Matt Damon/Ben Affleck movie.