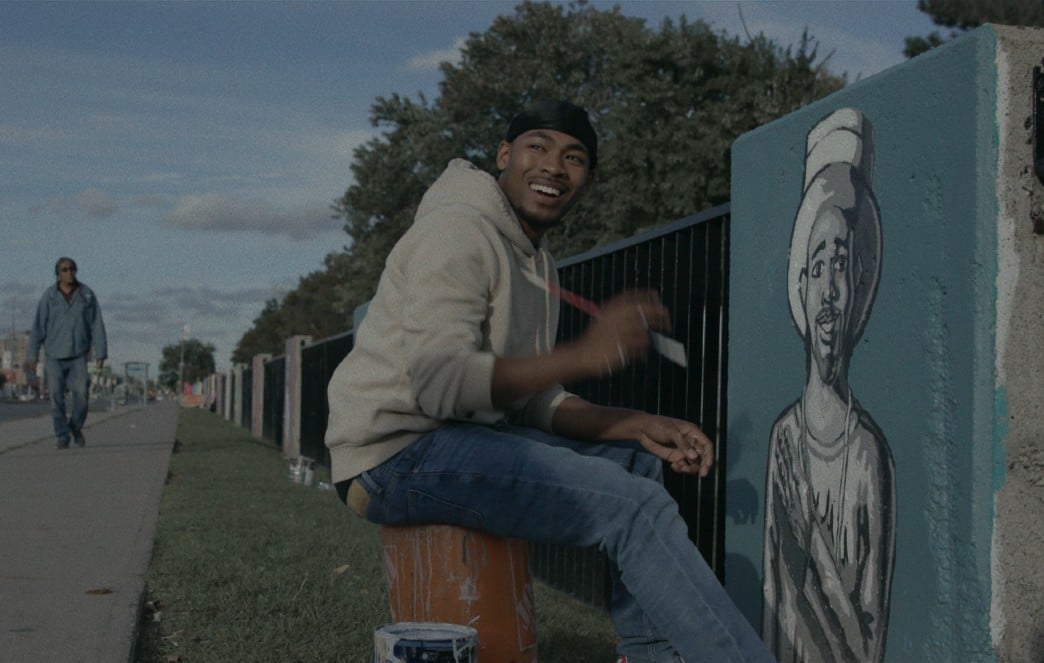 The casting choices in Scarborough, from directors Shasha Nakhai and Rich Williamson, really make the film. Other elements work at a high level too—particularly the music and some breathtaking editing choices—but whenever it feels like the film may lose its way, it returns to those young faces, kids who do indeed look plucked right from the streets of Toronto’s east end, and we’re smiling, tearful, and enthralled anew.

Constructed around a community in the eponymous district, as adapted by Catherine Hernandez from her novel, Scarborough revolves around three children of different backgrounds and various adults in their orbit. There’s Bing (Liam Diaz), the Filipino son of a single mother who has escaped an abusive relationship; Sylvie (Mekiya Fox), the headstrong older sister in an Indigenous family existing on the city’s margins; and Laura (Anna Claire Beitel), the oft-forgotten daughter of troubled (and entitled) white parents. While there’s an obvious class element at play here, it’s still important to spell out the above details for each child because Nakhai and Williamson’s film explores just how and when these distinctions mean something—and when (or for whom) they don’t. A teacher at the kid’s drop-in centre, Ms. Hina (a vibrant Aliya Kanani), is attuned to these dynamics as well. Through her eyes, we arrive at the film’s thesis, which manages to identify some larger structural issues. Yes, this is a movie about representation—the wondrous child actors make sure of that—but it’s also about what works and doesn’t in the society we have in Toronto.

While Scarborough, much like the region itself, does sprawl a tad too much, it’s remarkable how all of the film’s details work together to create a complete picture of a community. The hand-held camera employed by the directors keeps us grounded, and yet there is a soaring effect here, a feeling that this is just a take-off point. We may be left to wonder how each of these children will grow up, but there’s no mistaking it: more can, and must, be done.