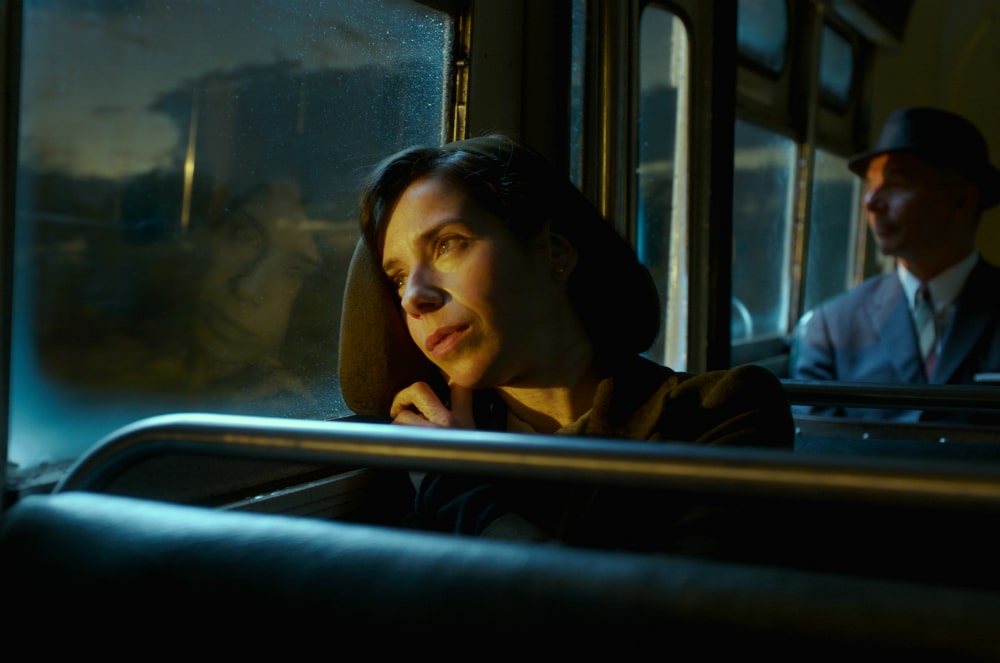 Guillermo Del Toro’s fractured fairy tale The Shape of Water has some elements working extremely well. Sally Hawkins is a dynamo, delivering an Oscar-worthy performance as the mute Elisa. The name may be a nod to My Fair Lady, and it’s tough to picture anyone else delivering such a convincing, heartfelt performance. The production and sound design is incredible and the motif of green and water works to great effect, transforming the shooting location of Toronto into 1960’s Baltimore. Doug Jones gives a spirited performance as “the asset”, and Octavia Spencer does a great job in a slightly limited role.

The score by Alexandre Desplat sets the tone for a story that occasionally bites off more than it can chew (the less said about Elisa’s cats, the better), but is at its finest when it focuses on the simple relationship between Elisa and The Aqueous Man. The main plot seems pretty ridiculous on the surface, but Del Toro crafts an ode to the power of non-traditional love.

Less well off is Michael Shannon as villainous Strickland. I think that we really want to cheer for Strickland (he is after all, Michael Shannon), but by the time he’s tearing off his own body parts it gets a little too extreme and over the top. Another Michael, Stuhlbarg, is less effective than he is in the similar-veined Call Me By Your Name. His Dmitri / Bob seems imported from another film about the dangers of Russian spying. Lauren Lee Smith does what she can in an underwritten role as Mrs. Strickland (does she have a name?). Certain scenes incorporate the beauty of Toronto…er Baltimore (The Elgin Theatre! The Lakeview!), but a climactic encounter at the foot of the Gardiner recalls Enemy, and feels a little blah.

Overall, The Shape of Water is technically proficient, speaking to the commitment of GDT to crafting his own pure vision and to Hawkins selling the hell out of the film.