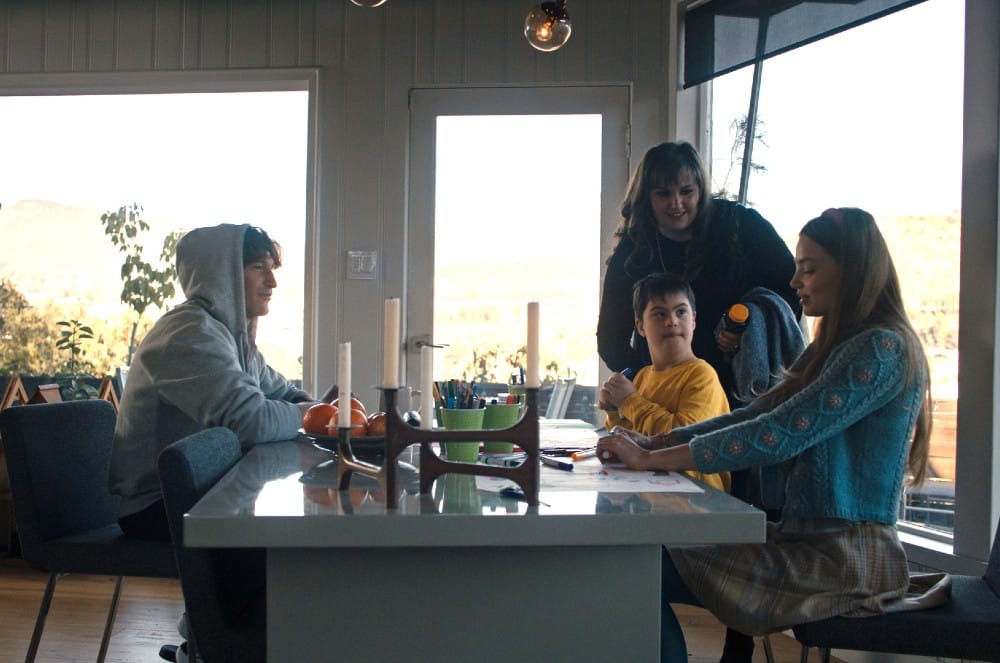 The central figure of Sharp Stick is an abstraction, someone who could not exist in the real world—and someone whose presence in the film doesn’t quite make sense either. Writer-director Lena Dunham is being provocative, in her way, by creating a situation one can see in various coming-of-age films; except she’s made it as bracing as possible, and true to its title, pointed too.

The star of Sharp Stick is Sarah Jo (comically wide-eyed Kristine Froseth), a nervous albeit well-meaning childcare worker living with her mother and sister in California. The vibe at home is strange. Sarah Jo’s mother Marilyn (Jennifer Jason Leigh) is of a permissive bent, a woman who sounds to have lived many lives (and wants only to recount them). Her sister Treina (Taylour Paige) is what we’d call an aspiring influencer. From this bizarre cocoon, Sarah Jo awakens, flying directly into the alluring sexual web of Josh (Jon Bernthal, at peak dumb charm levels), whose special-needs son she looks after. Described in a different way, this is the stuff of erotic thrillers, but Dunham plays it all (including her role as Josh’s wife) like a high-wire act set four feet off the ground. Her chosen narrative becomes instead an earnest clash between what everyone else in the film seems to know and what Sarah Jo does not. Given the setup—and with additional characters played by Scott Speedman and Ebon Moss-Bachrach—there could be more danger here; yet despite its confrontational energy and the feeling of risk that surrounds both what Froseth and Dunham are doing, everything is kept safe.

That said, whatever else you may think of Dunham, she remains totally committed to steering into every awkward skid at maximum speed. Sharp Stick is funny in moments, deeply uncomfortable in others, and—much like her TV series Girls—ends with an image meant to be unpacked. In all, the limitations of the film (including its pandemic-timed production) are obvious, but it still leaves a mark.