Sicario: Day of the Soldado Review 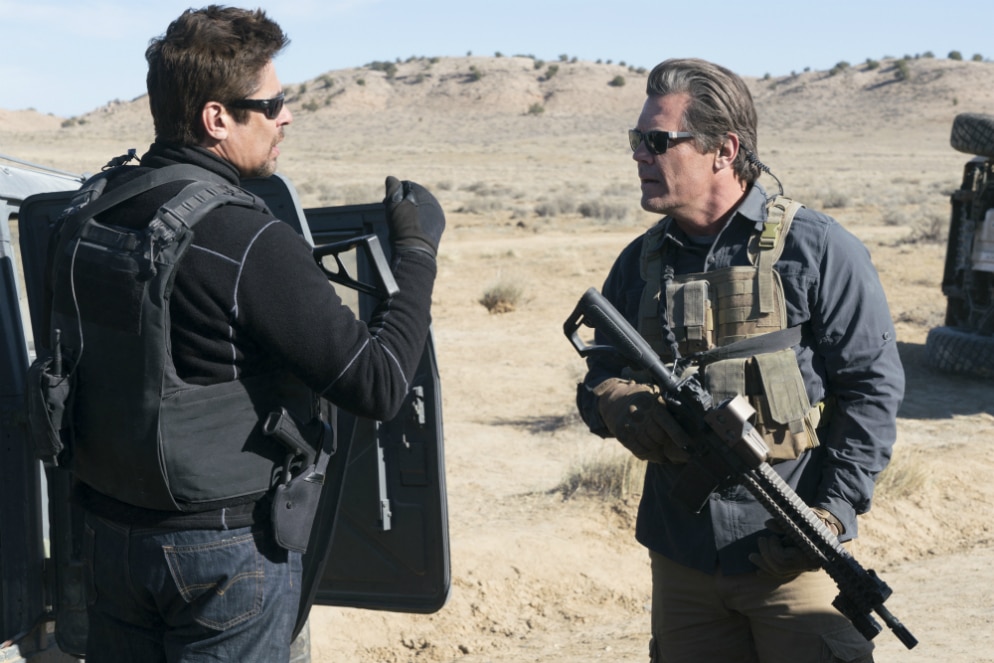 The most surprising part of the awkwardly titled Sicario: Day of the Soldado is that unless I missed it, there is no reference to Emily Blunt’s character Kate Macer from the previous film. Daniel Kaluuya also appeared at the beginning of the previous film, but does not return this time. In fact, to term Sicario: Day of the Soldado a sequel to Sicario would sort of be missing the point, as Denis Villenueve is not here, Roger Deakins isn’t walking through that door, and Jóhann Jóhannsson has sadly passed. But this film isn’t even really about the drug war, as Josh Brolin’s Matt Graver character makes explicitly clear in one expository scene, that the most valuable thing to smuggle over the border now isn’t drugs, it’s people.

So a graphic bombing at the start of the film gets things going, and before we have time to say “two tickets to the gun show”, Josh Brolin’s given a speech to the president (Matthew Modine) and assembles a team that consists mainly of Catherine Keener (who really doesn’t get to do very much here, but at least is still Catherine Keener). At one point, Isabela Moner shows up (in fact, she shows up after a fight with another girl in her private school), and spends the majority of the film getting blood on her from others being shot nearby, a repeated motif that disguises the fact that Moner actually was pretty decent in Transformers: The Last Knight, (you heard that right), and now has two films with colons in the title that misuse her pretty badly.

As for Benicio Del Toro and his Alejandro Gillick, probably the less said, the better. He was a great badass in the previous film, but here, in the sort of sequel, the last twenty minutes are pretty unkind. Let’s just say that had the movie ended earlier, it would have at least spared the unnecessary ridiculous ending that derails what was to this point at least a semi-plausible experience. The film goes right out the window and buries some early scenes with fun interplay between Brolin and Del Toro and some decent lines from the deadpan Brolin. Instead, we get the impression that this will last more than a day.