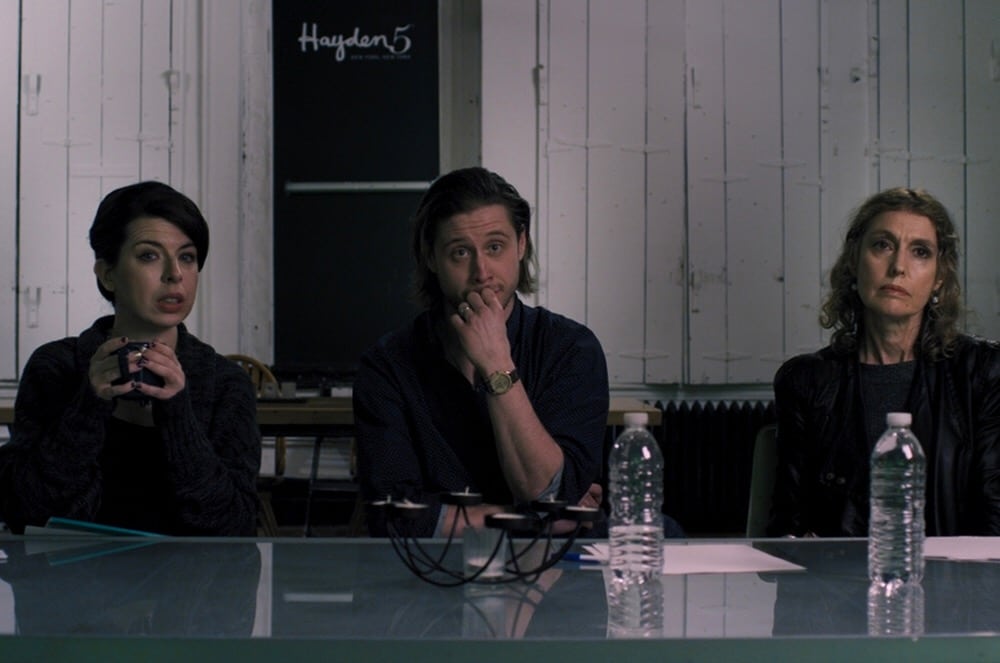 The old adage is to write what you know, which seems to be the strategy employed by director to watch, Anthony L. Fisher. His directorial debut Sidewalk Traffic, which features a surprisingly small number of sidewalks and traffic, nonetheless feels like a very personal project. This may be because the premise of the film features a man stepping back from his high-powered job (Fisher a political journalist and his stand-in, Declan, a filmmaker). In both cases the allure of being a stay at home father is necessitated by a diminishing landscape that values work during a time of uncertainty (though the film is surrounded by the time of the bailout, the modern political climate becomes a concern as well).

Declan (Johnny Hopkins) especially captures the time (this time) in an emotional speech to his wife Dalia (Erin Darke) at the beginning of the film about the importance of work. He is being turned into obsolescence at his job in New York and clearly has issues with his role as the provider and caregiver of the family.

This interchange juxtaposes nicely with the slight underused Samm Levine as Johnny Kaye, the one who “made it”, and has everything falling into his lap, while Declan struggles to achieve the success which he is seeking. One imagines that the scenes of Declan making a film with a producer named Freda Rabinowitz (Heather Matarazzo) may allude to Fisher and real-life producer Robyn K. Bennett. But this film isn’t about making a film but instead about becoming far less of a curmudgeon and understanding the value of working hard at interpersonal relationships as much as in a profession. Levine and Matarazzo are standouts, as is Kurt Loder (!), and Darke does a lot with a non-showy role. While the film may not be reflective of the current climate (it did the circuit for a few years), it somehow seems far more relevant at this very time and is worth a watch.

Sidewalk Traffic is available now on all VOD platforms.