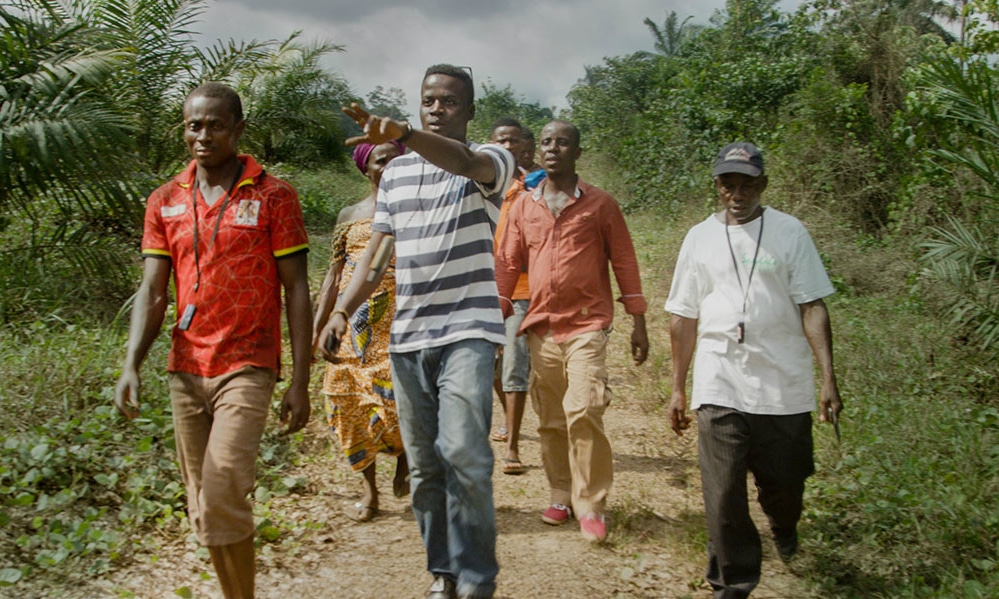 One of the rules that I pledged to uphold at this year’s TIFF was no “good for you” documentaries. I’m sure you know the type: dry, dull, a little unrelenting, presenting its message over and over through a parade of talking heads, this sort of thing. In this account, I made sure to limit the amount of documentaries I would be watching at the festival. I assumed that Silas would be a “good for you” documentary, at least in part. Boy, was I wrong.

Silas is about Liberian activist Silas Siakor, and is written and co-directed by Canadian filmmaker Anjali Nayar (the other co-director is Hawa Essuman). It is ostensibly abut the work Siakor is doing to combat President Ellen Johnson Sirleaf and her logging and environmental harm in Liberia. Other scenes involve Siakor hanging out, listening to music, presenting him in a natural fashion. As well, much of the action is filmed by Siakor through a cell phone camera, so the viewer feels “on the ground”.

It’s an exciting project that is so much more than “good for you”.

Silas plays as part of the Human Rights Watch Film Festival on April 25th at the TIFF Bell Lightbox at 6:30pm. For more information and to purchase tickets, click here