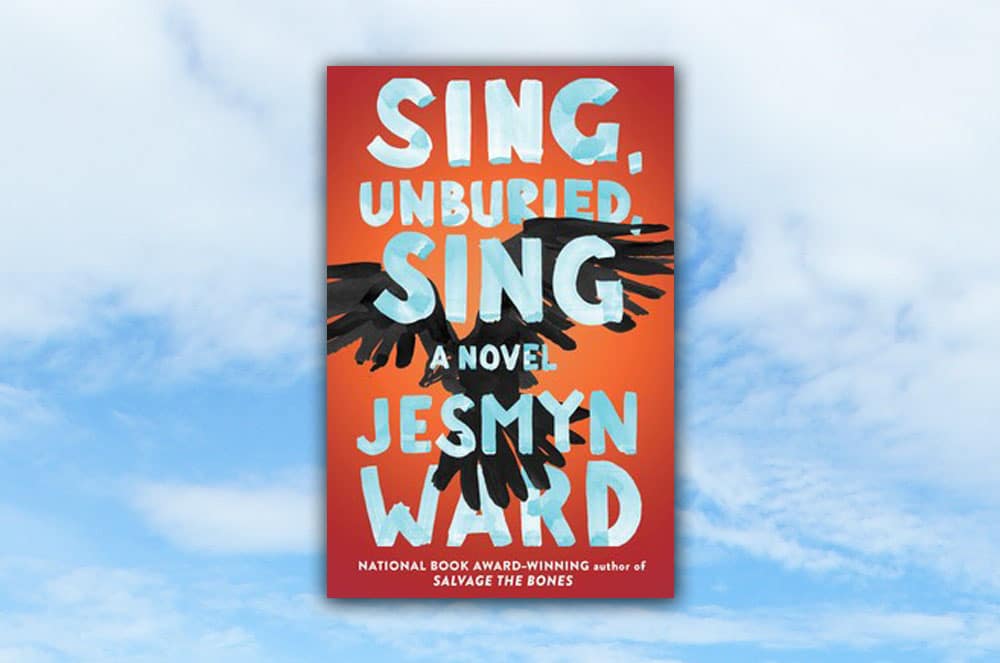 Jesmyn Ward’s Sing, Unburied, Sing is a beautful book, probably the first real “fall” book of the season, (when the weather gets a little bit worse, the books start to get a little bit more serious into the leadup to the fall season). However, despite being quite serious, it’s still something of a sensory book, and has an element that is a little bit more supernatural.

The main idea of Sing, Unburied, Sing is that a society is continually shaped by events of the past and especially those motivated by racism. The narration changes in the story between two characters affected by prejudices and racist actions. More than that, it is about the literal ghosts of the past coming alive to speak, against the figurative ghosts that haunt our every day lives. It is spiritual and poetic and though it invites comparisons to Toni Morrison, Sing, Unburied, Sing is very much its own book.

The protagonist is named Jojo, a young person who is shaped and influenced by the actions of his mother Leonie, who offers her own perspective in the book, and while the family attempts to escape the “Ghosts of Mississippi”, Jojo finds that they cannot quite do so in an attempt to find a father that is locked up in prison. In the prison, the ghosts become even louder, and the book touches on the racism addressed in works like Ava DuVernay’s The 13th.

However, with its own metre and sense of poetry, Ward does so in her own way, not trying to offer an indictment of the society, but at the same time making no attempt to shy away from the fact that while the story is haunting, it is repeating. The attempts to heal from the past go on to affect the living in a much stronger way, and the book brings these feelings together in a way that will be very meaningful and moving to the careful reader. Just do not come into the book expecting easy answers and a straightforward narrative that doesn’t invite haunting feelings into the story.

Sing, Unburied, Sing: A Novel was provided by Simon & Schuster Canada in exchange for an honest review. It may be purchased from your friendly independent bookseller or other fine bookstores.