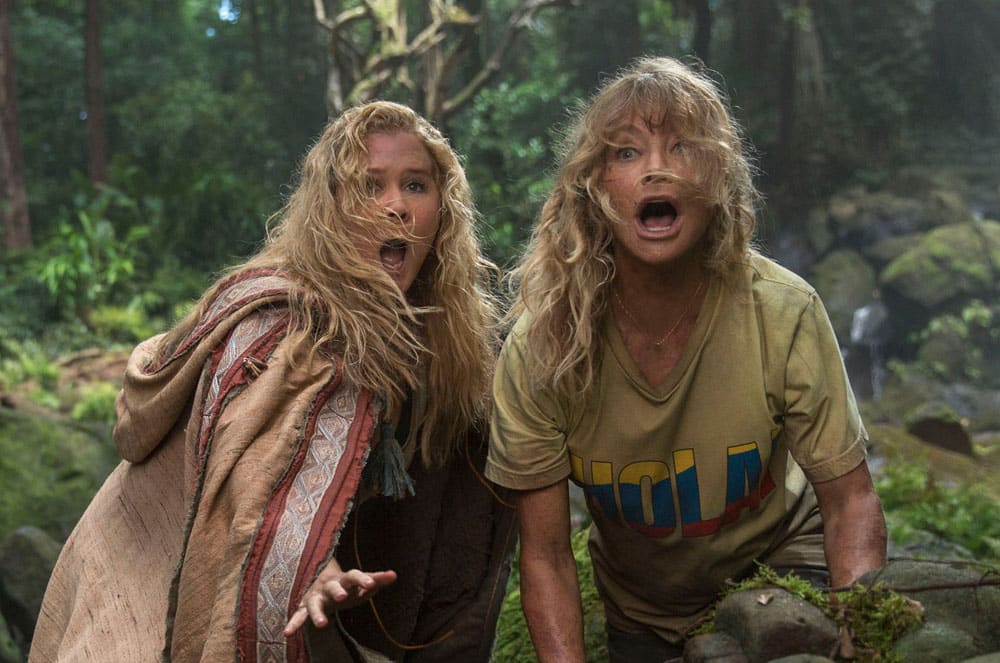 I think I speak for legions of cinephiles when I say, welcome back to the movies, Goldie Hawn! The bubbly comedic actress hasn’t appeared in a film since 2002’s The Banger Sisters and boy, was she ever missed. Now, at 71 years old, Hawn makes her triumphant return, playing the very against-type Linda – an uptight, almost hermetic cat lady who is mother to selfish Emily (Amy Schumer) and agoraphobic Jeffrey (The Mindy Project‘s Ike Barinholtz).

When narcissistic Emily loses both her musician boyfriend (Randall Park, in a comical cameo) and her dead-end retail job in one day, she convinces her mother to join her on a non-refundable tropical vacation to Ecuador that she was supposed to take with her boyfriend. As per the title, it’s not long before the ladies are kidnapped by criminal mastermind Morgado (Óscar Jaenada) and have to, somewhat predictably, work together to escape his villainous clutches.

The script by Katie Dippold (The Heat, Ghostbusters) caters perfectly to Schumer and Hawn’s fine-tuned comedic timing and relies heavily on their natural chemistry. However when the two comediennes aren’t on screen together (Hawn’s character disappears completely in the limp middle of the film), it’s immediately apparent how tone-deaf insulting the film is to its South American characters. The people the Americans encounter in Ecuador are either one-dimensionally evil or are in desperate need of white saviors. The script was at one point tweaked by Schumer and her sister Kim, and I fear its shortcomings will be blamed on them due to Schumer’s past series of unfortunate, obliviously “rich white girl privilege” interviews. (And I’m saying this as a long-time admirer of Amy Schumer’s who has had to defend her far too frequently)

Snatched is a fun film to take your mother to this Mother’s Day weekend and a fine return to cinema for Goldie Hawn.