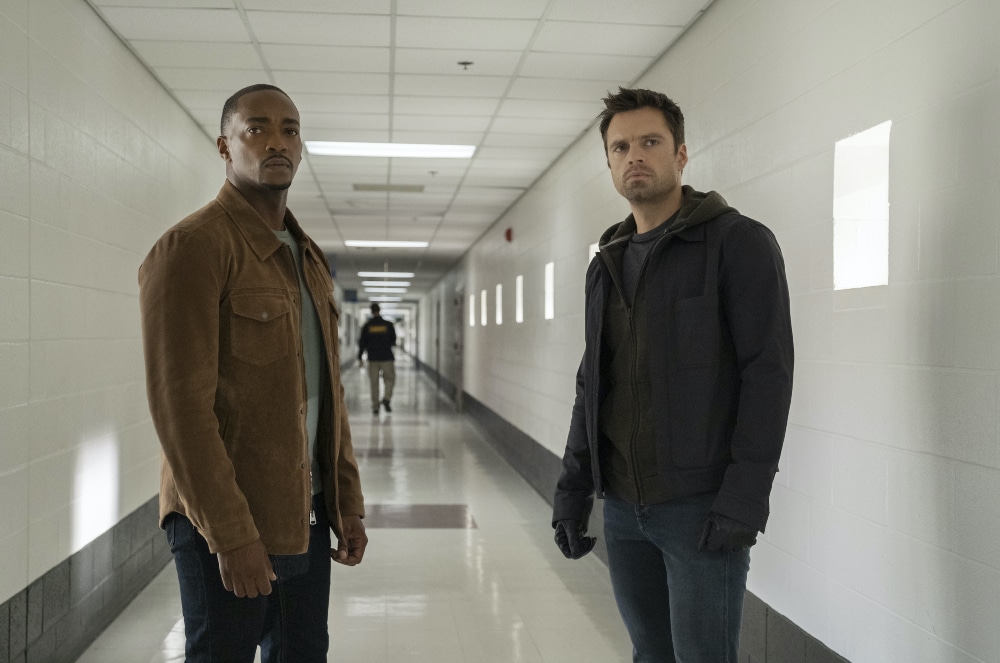 If you’re a huge MCU fan like me and have been counting down the days until Marvel Studios’ The Falcon and the Winter Soldier begins on Disney+, then you’re in luck because I’m about to give you some inside details about the eagerly anticipated Marvel show. Last weekend, I had the exciting opportunity to attend a virtual press conference with the cast and creative team of the series (not a bad way to spend a Sunday, huh?), and I’m here now to give you some of the conference highlights. In attendance were the men behind Falcon and the Winter Soldier themselves, Anthony Mackie & Sebastian Stan, director Kari Skogland, showrunner-head writer Malcolm Spellman, and Marvel Studios President Kevin Feige, with moderation done by the incredible Kelley Carter from ESPN’s The Undefeated. So without further ado, here’s a breakdown of the best parts of the press conference. 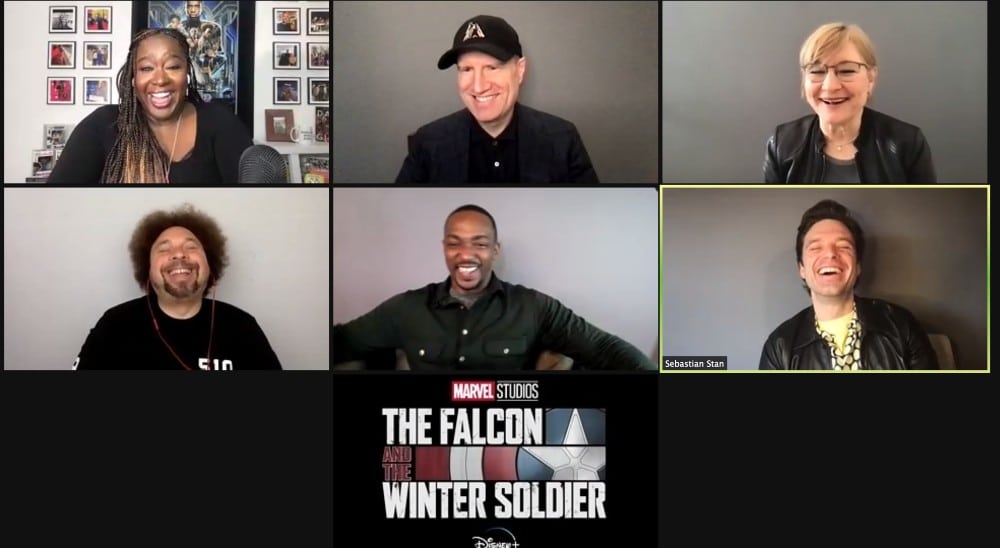 The first episode is action-packed!

Kevin Feige: “This first episode…really starts off with a bang.  We kept saying, “If we’re gonna do a series with Falcon and Winter Soldier in it, we need to at least start off with the best action that we’ve ever seen.””

Sebastian Stan: “I feel like for Falcon, it feels like the action kinda really intensified in a lot of ways, and also for Bucky as well. I mean we’re always finding new ways to have them evolve with their action sequences.”

Anthony Mackie: “It’s more hand-to-hand combat. It’s more physical. It’s more assertive. It’s more of us utilizing our strengths, instead of something else.  So because of that, the stunt guys had a field day. Wyatt (Russell), Sebastian, and myself did a lot of stunt training to be able to go in, and some of the stuff you see is us.  But we had amazing stuntmen to go in and kick ass for us.” 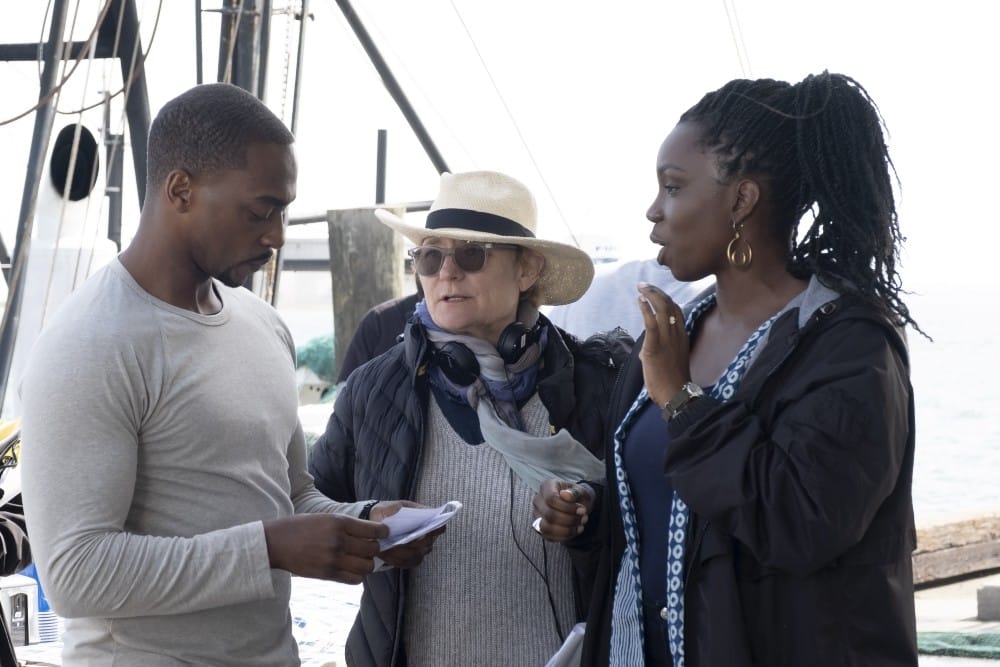 Everyone involved looked at the project as a six hour movie

Sam Wilson is from New Orleans, just like Anthony Mackie

Mackie: “When I first read the script, I was really happy [that they] acknowledged the fact that he was from Louisiana because that’s the best state in the union. New Orleans is the best city in the world. I had one request, that if he was from Louisiana, I had to eat crawfish on-camera and I don’t know who said no, but somebody said no. I don’t know if it was because they were out of season, but it was, you know, too much to get crawfish for Marvel.”

Mackie: “When Sam Wilson first started out, he was a hustler from Harlem.  And then as African Americans culture evolved, Stan Lee evolved him in the comic book into different incarnations of himself.  So I’m excited for everyone to see the new and improved Sam Wilson.” 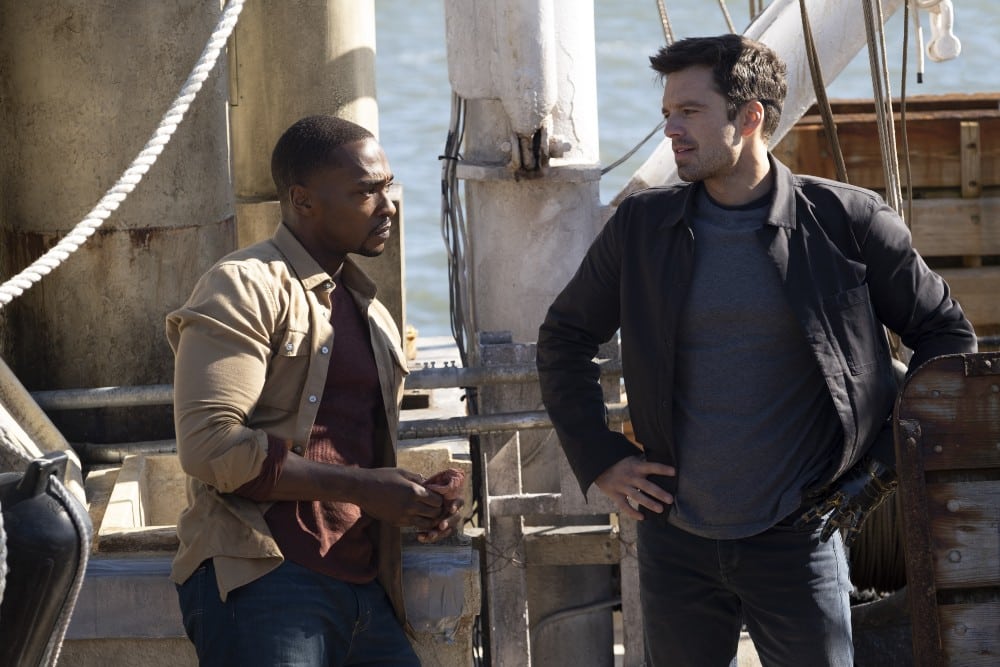 Stan: You’ll see “the whole subject of PTSD and the experience that they both share as soldiers, as men who have served, is one of the things that brings them together.  There’s sort of a bit of an honour code between them, even though they come from different, you know, ideas or opinions about things. There’s a mutual respect. As everybody knows, PTSD is not something that you’re just done with, you know? It’s really something that one has to continue to grow with and to become better at dealing with. And so it’s a major part of our show and it grounds both of these characters in very realistic ways. ”

There will be surprise appearances!

Malcolm Spellman: “There are many surprises.  I can’t say who they all are, but they are all very pleasant surprises.” 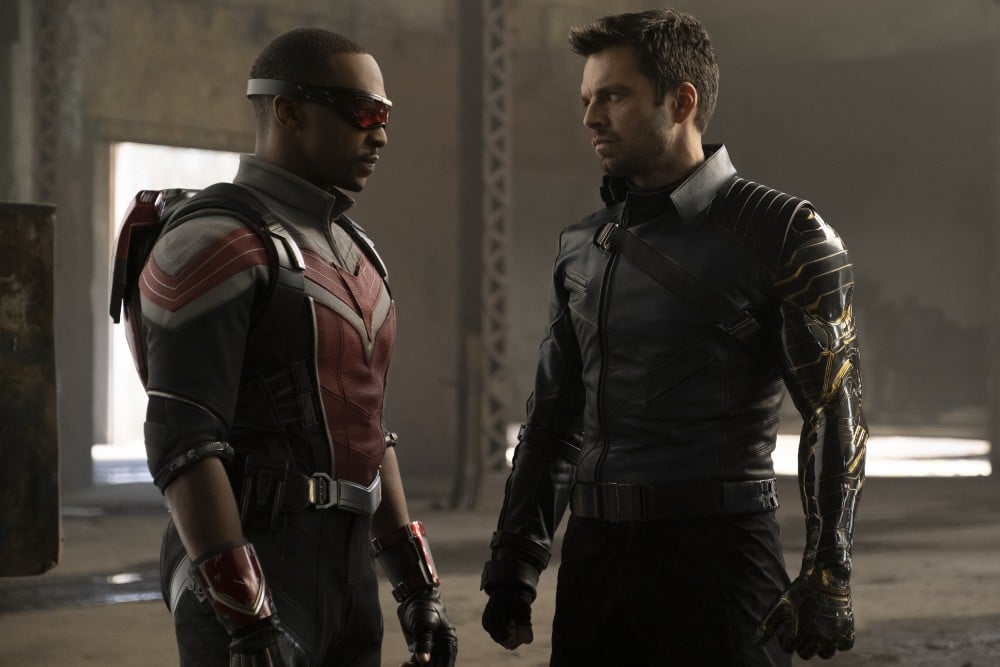 Sebastian Stan and Anthony Mackie are fans of MCU phase 4 characters just as much as you are!

Mackie: “She-Hulk is an interesting character that I’m looking froward to seeing.  But I would really like to spend some time in Blade world.”

Will there be a season two of The Falcon and the Winter Soldier?

Feige: “If we were able to do another one, there’s certainly ideas.”

The Falcon and the Winter Soldier begins streaming on Disney+ tomorrow!