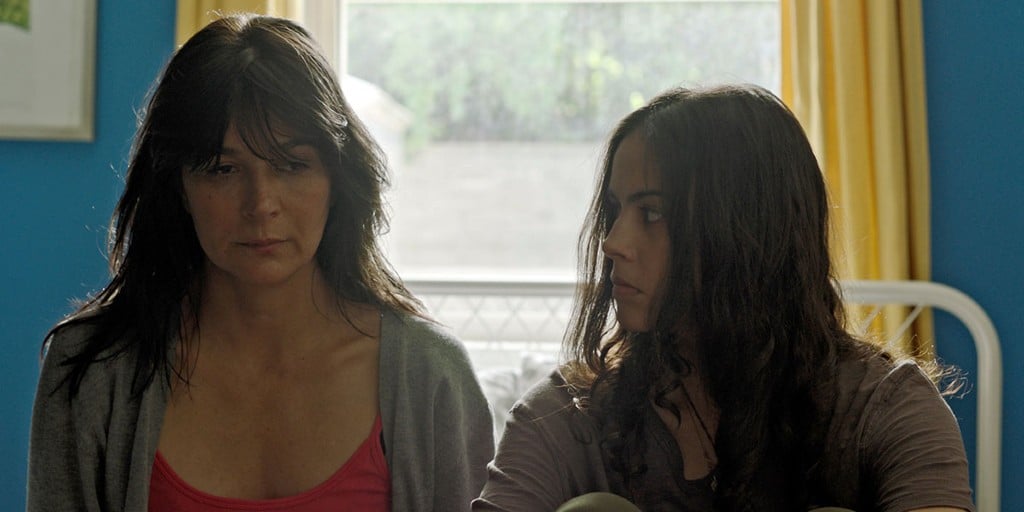 The opening sequence of So Much Tenderness, from writer-director-producer Lina Rodriguez, features a mutely fraught border crossing into Canada that generates enough pressure to power the film. Hers is true suspense, born of subsequent slow-burn scenes that juxtapose everyday activities with an accumulating weight from the past. It’s quite a feat.

Before Rodriguez bravely leaps So Much Tenderness in time, we watch as Aurora (Noëlle Schönwald), an environmental lawyer in Colombia, flees to Toronto after the unseen murder of her husband. This strategic jump—in both geographical and temporal terms—re-orients the film’s characters, but not the overall mood. Along with her daughter Lucia (Natalia Aranguren), Aurora carries on life in her new home, still tethered by a familial history that re-emerges with the appearance of cousin Edgar (Francisco Zaldua), who may have been involved with her husband’s death. While Rodriguez’s film feels spacious, with sustained scenes of casual conversation and action, there’s a humming tension underneath everything; it’s a duality that plays out through Schönwald’s central performance, in which she crafts a real person who exists in two times and places at once.

Rodriguez’s style, as with her film’s title, is delicate, which makes the movements of So Much Tenderness all the more striking as they reveal the truth. Something like a brief long shot through a cafe window as Edgar crosses the street fills suddenly with portent. This is a film that appears simple, yet reflects more than can be seen at first glance.