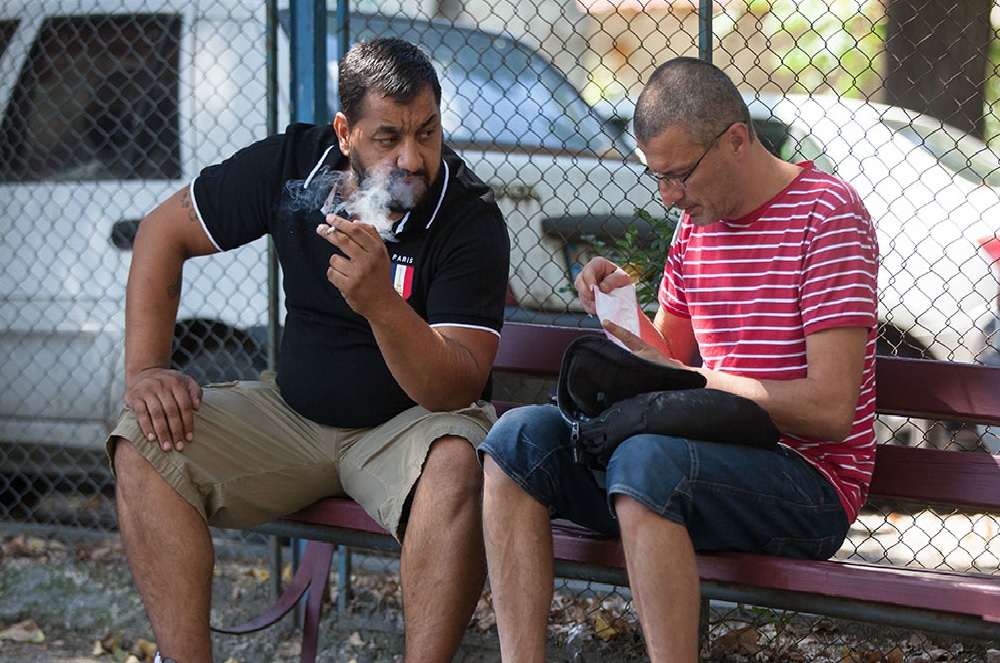 Soldiers. Story from Ferentari, (and yes, that is the correct punctuation), is a curiosity of a film. It’s directed by a woman, Ivana Mladenovic, but features few females, and even fewer actors, (the stars are non-professionals). It’s certainly not the kind of film that is seen very often, even at festivals, as it’s not exactly photogenic. The camera gives off an air of grime and not necessarily from the need to create a faux aesthetic. There is a lived-in quality to the story about finding love in a hopeless place, and the ending surprised me as much as any film this year (as in there isn’t much of one).

Instead, focus on the performance by Adrian Schiop, the lead and the writer as Adi, (note the similarities of the names), an anthropologist and moreso, a kind of underrepresented Everyman. The story is such that Ferentari is a character, and there is a surprising lack of intimacy in the intimate moments.

Be proud that TIFF takes a chance on a film like this one.