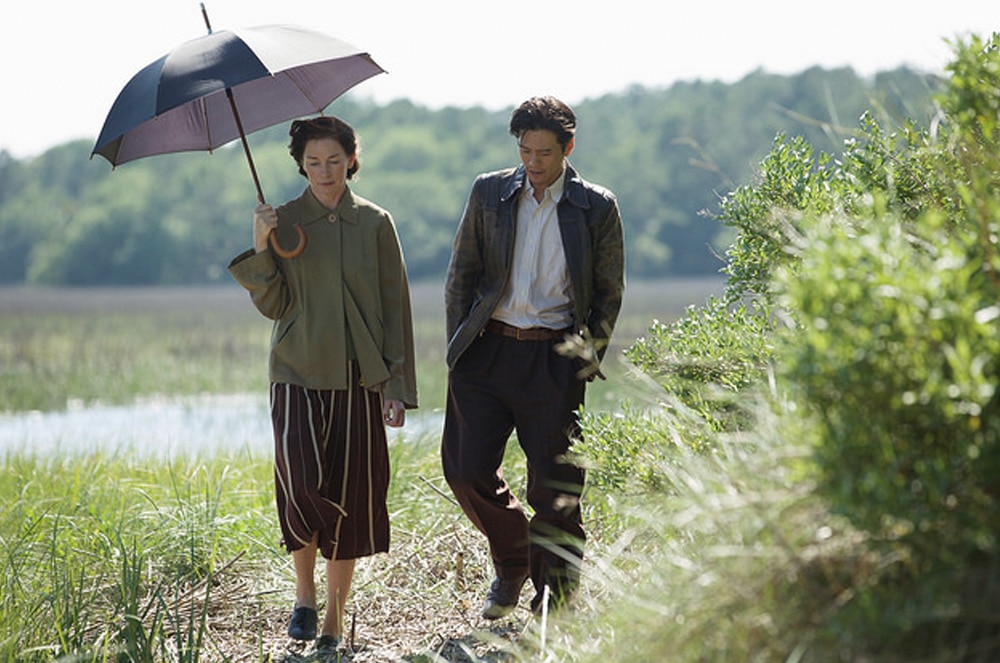 The film Sophie and the Rising Sun first debuted at last year’s Sundance. Maggie Greenwald’s film has only grown in its intensity since then, which is funny for a film that is set in the past.

The movie is mainly quiet and at times maybe a little too heated in its dramatic intensity, yet feels even even more subversive, more daring, its final image more arresting even in its simplicity.

While the story is about the mysterious Mr. Ohta who arrives wounded in a fishing village in South Carolina in 1941 (Mr. Ohta is played by Takashi Yamagushi), the film belongs to its female cast, starting with Julianne Nicholson as Sophie, though a trio of supporting actresses (Margo Martindale, Lorraine Toussaint and a still glorious Diane Ladd), are responsible for carrying the action on screen, and do so quite well, especially Toussaint who appears mainly towards the end of the film.

Ultimately, the film, based on a 2001 Augusta Trobaugh novel, is the type of project that should find an audience and should find its slow and yet beautiful aesthetic to flourish. Perhaps an appreciation of the power of flowering will be more acceptable on DVD and on iTunes. It’s certainly a relevant story and will appeal to an audience that may have missed out on this deep character study the first time around and to those that may want to revisit it again.

Sophie and the Rising Sun is available from Monterey Media on DVD and iTunes on February 21st.