Sorry To Bother You Review 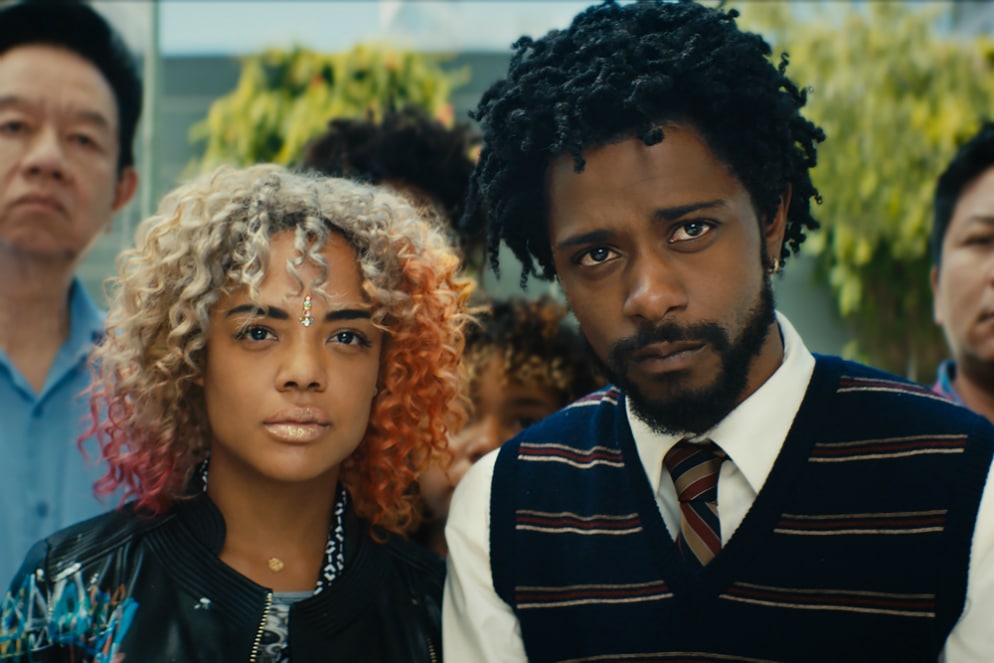 Sorry To Bother You is a compulsively watchable movie. There are a lot of ideas throughout and the cinematography by Doug Emmett (of The Edge of Seventeen and The One I Love) is strong, and music by Tune-Yards and The Coup provide a wonderfully weird soundtrack. Respect to Boots Riley for making the film that he wanted, and it certainly stands alone for creativity and the amount of interesting ideas that go into it.

I’m pretty sure that there is a Franz Kafka reference (at least one) in the form of Omari Hardwick’s Mr. _____ and the Castle, one floor above RegalView, on one of the funniest and strangest elevator rides, voiced by Rosario Dawson. That and a couple of other scenes are some of the highlights in a slightly episodic film. Other bits are repeated endlessly, (Tessa Thompson’s Detroit sporting ridiculously counterculture earrings), and the bit about the “white voice”, which was kind of brilliant at first, but then Patton Oswalt and David Cross kind of sounded the same. The Lily James white British voice for Detroit’s art show felt like something of a wasted opportunity, and there was something not so funny about the protagonist being named Cassius Green, which makes sense once we say it slowly, as one of the characters in the film does.

Look, as a story about corporate advancement, really the beginning section of the film, was quite interesting in and of itself, as there was a lot of potential in the storyline of Cassius Green (Lakeith Stanfield) on his quest to become a Power Caller, aided by Danny Glover in a memorable cameo as Langston (he teaches Cassius to use his white voice in the first place). Steven Yeun is also a great presence throughout, although Squeeze turns into something of a metaphor for the need for unionizing, and Jermaine Fowler is a welcome revelation as Salvador, but disappears for a solid hour and is sorely missed.

The bit about WorryFree and Steve Lift with Armie Hammer feels like very much its own film and the reveal of the film is more clever and metaphorical than actually believable, (although believability had sort of withered by this point, it still feels like a stretch). I just wanted more Jermaine Fowler and more scenes of how to successfully telemarket.

Win I Feel Pretty on Blu-ray!