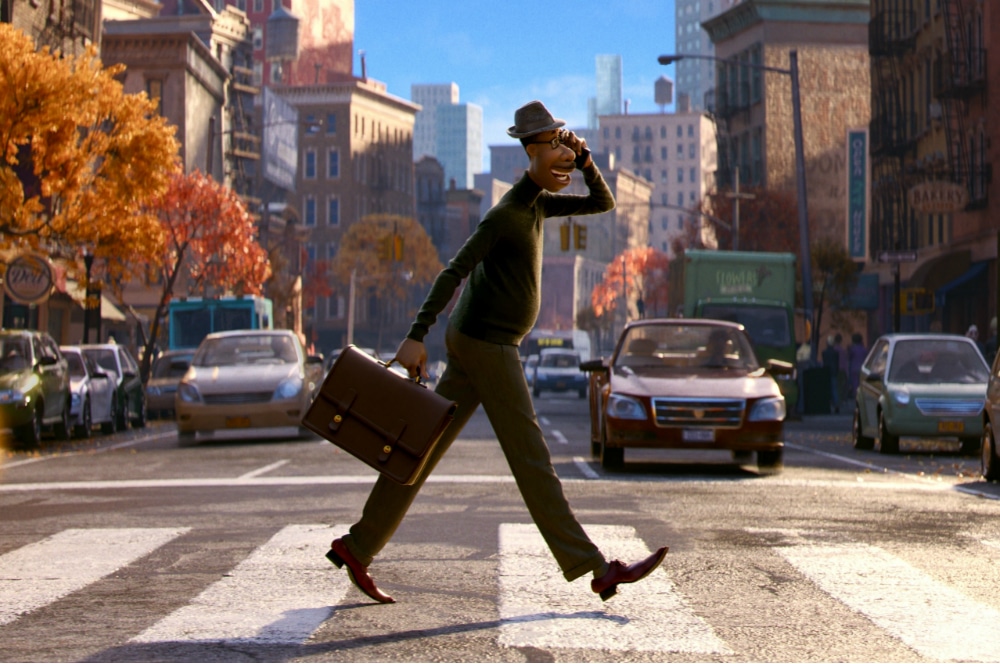 For all its smooth and seemingly effortless animation, there’s a sense of strain in Pixar’s latest adventure Soul. Directed by Kemp Powers and Pete Docter, the film throws us into two worlds: one is modern-day New York City, in which music teacher and aspiring jazz pianist Joe (Jamie Foxx) hunts for his big break; the other is a metaphysical realm in which the tangible manifestation of souls are granted their identity before jumping into corporeal bodies. You know, (not quite) for kids!

As high concepts go, Soul still does its damnedest to paint an entertaining picture. Like 2015’s Inside Out, the Pixar team has laboured to conjure up an entire universe of concepts—in this case, benignly overseen by squiggly-lined Jerrys and Terrys (voiced mostly by Alice Braga, Richard Ayoade, and standout Rachel House). Joe ends up there after a plunge down a manhole (no joke) and a spirited race away from his own death; fittingly, he then meets 22 (Tina Fey), an equally frustrated soul who has chosen to resist life. Forced to work together, the pair’s mismatched energy fuels the plot from there. While Pixar’s narrative rules are a bit tedious to grasp this time, the film does find its groove navigating the wonderfully rendered real world. Joe’s quest—along with the specificity of its setting and character—is convincing enough to urge us along. It’s likely you too will relate to Joe’s hunger for something more out of life than his humble day job.

Despite the visual flair, this is what’s most striking about Soul: its thematic material. Docter and Kemp’s film isn’t about growing up, and it’s not quite about dying; it’s about that great in-between—how a person spends their life and what it means to strive within both dreams and reality. There’s a whiff of the too-simple “carpe diem” to the film, but there’s also a tickle of something far more complicated. In that particular brush with the ineffable, the film finds its sense of peace.