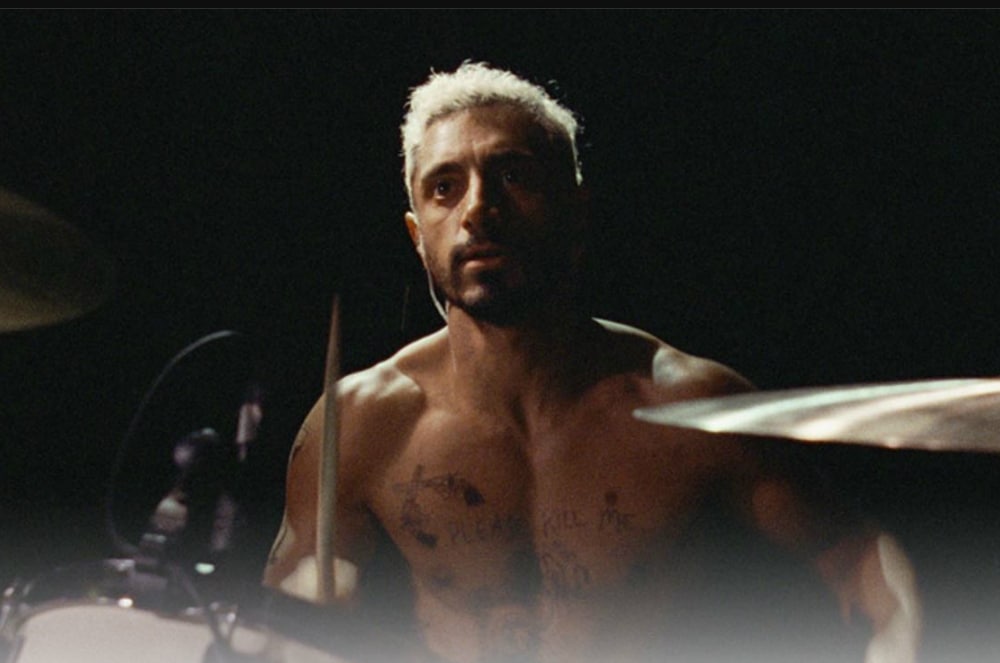 To watch Sound of Metal, written and directed by Darius Marder, is to be swept up by its obvious labour-of-love ethos. As with Marder’s previous feature film work (with Derek Cianfrance, who provided the story here), there’s an intensity to the storytelling that seeks to overwhelm. That he’d pair that artistic urge with a film about the life of a heavy metal drummer feels like destiny fulfilled. Like its percussion, Marder’s film may be one-note, but it does indeed hammer away.

Matching Marder’s commitment to Sound of Metal is the film’s lead, Riz Ahmed. He plays Ruben, the drummer, who awakes one morning to find his hearing failing—a major problem given his chosen profession. To further complicate matters, he and his girlfriend Lou (Olivia Cooke) are both recovering addicts, their sobriety suddenly in jeopardy as their musical partnership frays apart. Marder tracks all this with noticeable camera work and sound design that blasts the audience into and out of poor Ruben’s head as he struggles to adjust. We hear, and don’t, and also watch as deaf people interact in loud silence, which is, in and of itself, fascinating. And while pairing deafness with addiction recovery is a risk, Marder makes it clear which is to be bested—and which isn’t. In this, he’s aided by Ahmed, who’s engrossing enough to overcome some of the film’s repetition. Also of special note is Paul Raci (as Joe, a hearing-impaired counsellor), who adds even greater legitimacy to the film’s central tension and conceit.

At its worst, that conceit can feel like a gimmick, a feat of technical bravado used to justify Sound of Metal‘s existence. At its best, however, we really do arrive at a different level of perception. When Ruben listens to music late in the film, we see how it looks and hear how it sounds, and in that moment of cacophony, we do feel something new and intense. Even when over-underlining its ideas, Marder’s film still works, finding as it does ways not only to hear but listen too.