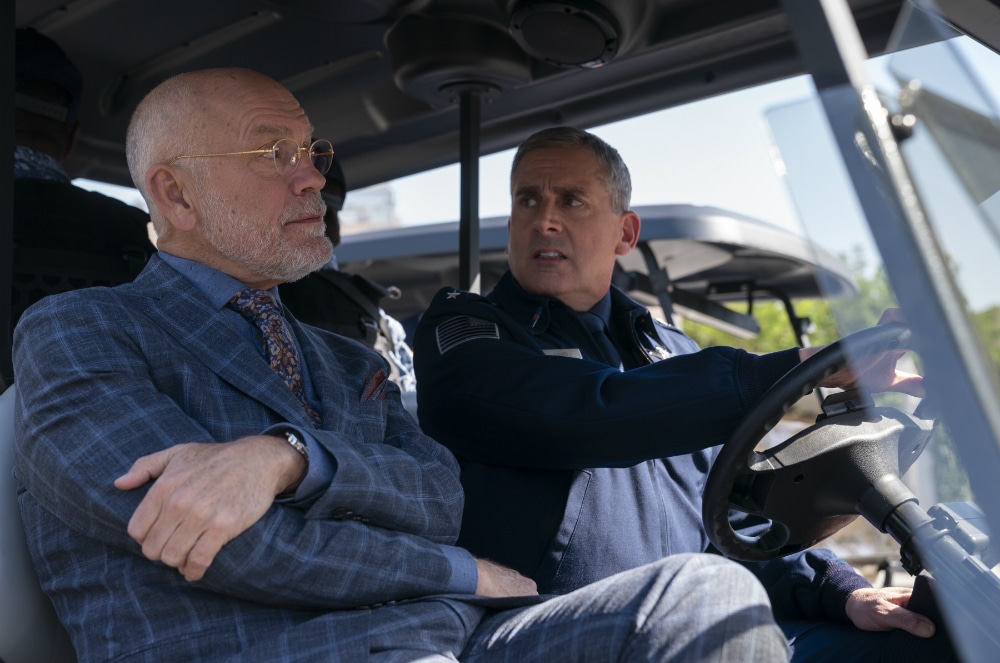 In Space Force, the new show from Greg Daniels and Steve Carell, we’re meant to root for the central hero, five-star General Mark Naird (Carell again). He’s tasked with making the Space Force, as declared by the current American president (unnamed throughout the show), an effective operating arm of the U.S. military. You’ll forgive me if I’m unable to draw from a great well of sympathy for the man put in such a position—fictitious or not.

That’s the biggest obstacle for Space Force to overcome, and it remains a problem throughout. While I can see what drew Daniels and Carell to the idea—a workplace comedy in an unlikely place—the show is entirely unable to grapple with the very real political issues it plays around in. Unlike Veep, which at least understood how people in government are venal and/or stupid, Space Force wants to have it both ways. Its characters can do venal and stupid things, but they’re also just everyday folk trying their best. It’s how the show can make (bad) jokes about congressional oversight and veer straight into hokey family bonding moments. That’s right, Naird’s daughter Erin (Diana Silvers) factors into the show too, as does his wife (Lisa Kudrow)—and (too) many others. There’s a lot of comedic ability on display, from John Malkovich’s choked line readings to Ben Schwartz’s goofy schtick to some much-appreciated appearances from the late Fred Willard. What it’s all in service to, however, remains highly questionable.

Setting all that aside, Space Force commits an even greater sin: it’s not funny! Despite its on-screen talent, its considerable sets, its grand satirical ambitions, and its pedigree as the next big thing from the creators of The Office, the show just doesn’t generate many laughs. It is ironic, however, for this show to launch so many jokes about government waste because it sure looks like an inordinate amount of money was spent here on a final product that is both ineffective and offensive. Ah, well, maybe that’s the joke.