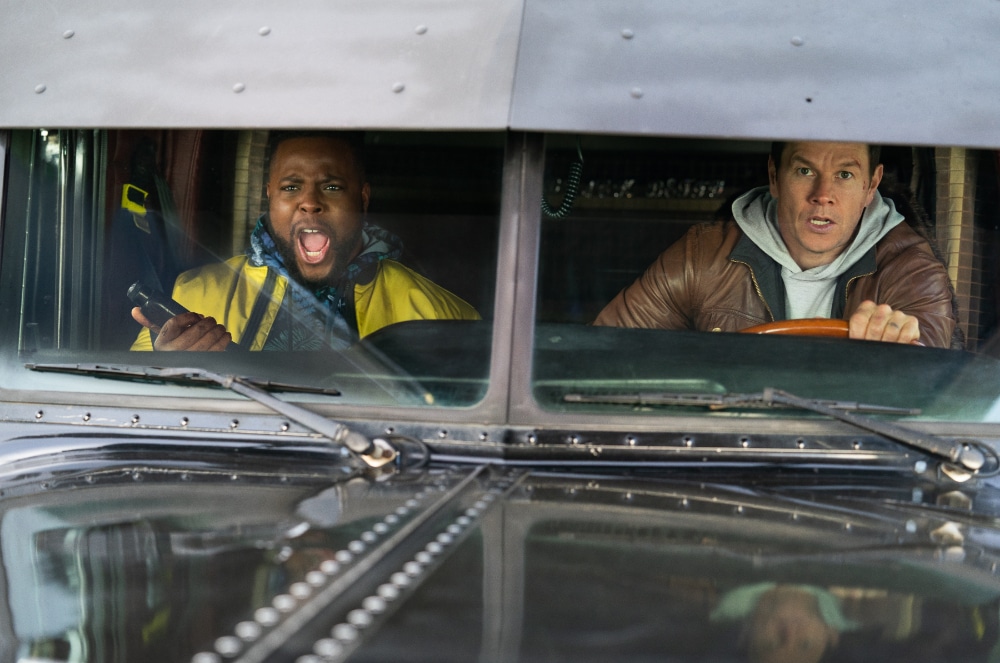 One can only chuckle at Mark Wahlberg’s bottomless confidence in Spenser Confidential. His latest starring role, directed by frequent collaborator Peter Berg, casts Wahlberg as an ex-cop and ex-con in Boston. He’s also able to train MMA fighters, drive a big rig, make at least one woman go wild, and outsmart everyone he meets (except when it comes to cloud computing; that stuff is for nerds). Meanwhile, this is the kind of film that sets an early scene in a correctional facility and appends the helpful subtitle: PRISON. In short, it assumes a lot and expects very little.

Wahlberg plays, of course, the titular Spenser. After confronting (and beating up) a superior officer, he’s sent to prison for five years—surviving with casual grace—and released with a plan to move to Arizona. Suddenly though, two cops turn up dead (including said superior officer and another we don’t see alive beforehand), and Spenser has reason to believe corruption is afoot. In the process of his investigation, Spenser befriends his roommate/aspiring fighter Hawk (Winston Duke, in a largely charmless role), fends off the aggressive advances of his ex-girlfriend (Iliza Schlesinger, in a wholly charmless role), and takes on both a horde of gangsters and the crooked cops in their employ. There truly is nothing Spenser can’t do. For his part, Berg shoots this all in a perfunctory style, making an effort only to capture some rough-and-tumble locales around Boston and a couple of modest fight scenes. He appears content to let Wahlberg’s usual stare into the middle distance lead the action.

If this isn’t a problem and you do in fact just want to watch Wahlberg do his thing in Spenser Confidential, have at it. Just know, everything about the film is mechanical. And what’s more, it wastes considerable on-screen talent (Bokeem Woodbine, Alan Arkin, and Marc Maron collect easy checks) and writer Brian Helgeland, who once produced far better crime movie work. We can still chuckle at Wahlberg though. He really does believe his presence here is enough.