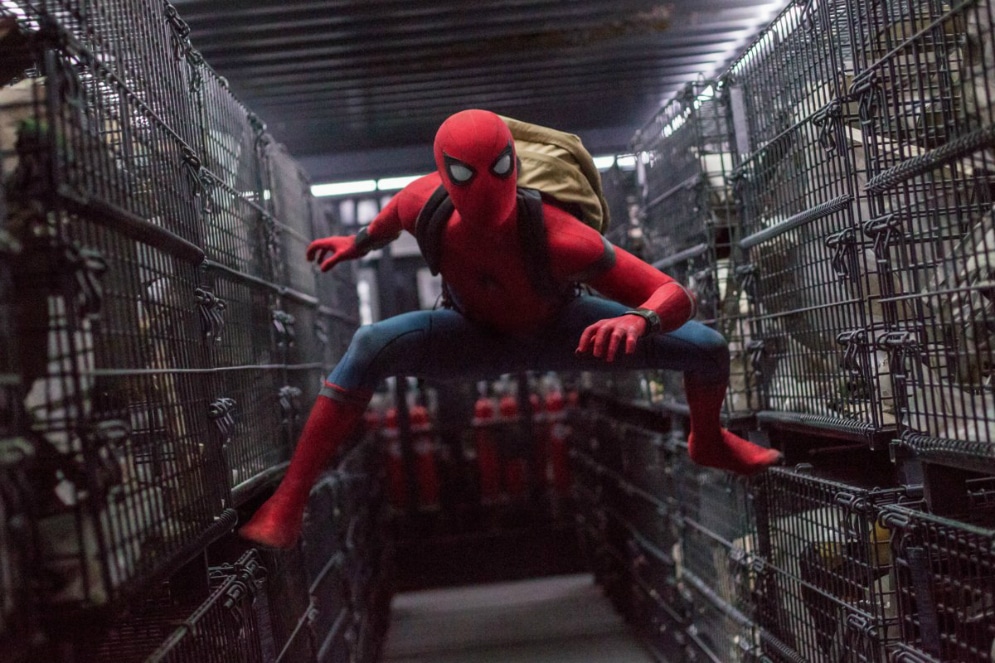 The best part of Spider-Man: Homecoming is that it’s not an origin story. It doesn’t treat the audience with kid gloves, because it is targeted towards a younger audience. As such, Tom Holland’s Peter Parker looks like he is actually in high school in New York, (the actor certainly looks the part), and the scenes set in a classroom feel like an actual classroom. Of course, it’s surprising to think that Martin Starr is already the old man teacher, (playing completely against type from his role in Silicon Valley, Starr is wonderful here). Other standouts include Zendaya as a misfit classmate, (she has little to do but has great screen presence and I look forward to seeing her in future films), and Donald Glover as a generic baddie (we were honestly hoping for more, and the appearance feels like an in-joke after a campaign to make him Spider-Man).

Of course the real standout is Michael Keaton as Adrian Toomes, as the film essentially opens on the villain, even though he is not very villainous. His role feels like a riff on the one-percenters versus the working class, and his stable of henchmen includes Michael Chernus, Logan Marshall-Green and Bokeem Woodbine, which was a welcome sight. Essentially, director Jon Watts allows the character to breathe, not making him feel like an invincible baddie, lost in the shuffle, or obsessed with some sort of gadget or doodad (in fact, there is a joke about that very idea). Keaton looks properly weathered, and certainly the fact that he played Batman (and Birdman) both factor into his performance as he transforms into The Vulture. I was skeptical of the casting, but it was kind of brilliant.

The MCU of Spider-Man feels lived in, with perhaps a few too many references to The Avengers, Jon Favreau’s Happy and Robert Downey Jr.’s Tony Stark, (we get it, the worlds are interconnected now), plus too few encounters between Stark and Aunt May (Marisa Tomei), but it coheres brilliantly. The bodega (and bodega cat) of Queens feels actual rather than cartoonish and the scenes of the (at times) friendly neighbourhood is where Spider-Man shines the brightest. A field trip to Washington D.C. goes on a little long, but does what it is supposed to do, and the inclusiveness of the film allows for Tony Revolori to play Flash Thompson, Jacob Batalon as the hilarious Ned, Orange is the New Black‘s Selenis Levya as Peter Parker’s teacher and Abraham Attah from Beasts of No Nation, Angourie Rice of The Beguiled, Kenneth Choi as the principal, and Hannibal Burress as whatever, any excuse to feature Hannibal Burress is fine by us.

Any excuse to revisit this Spidey world is a great one, and Homecoming is a terrific start to a fresh new reboot of the franchise.