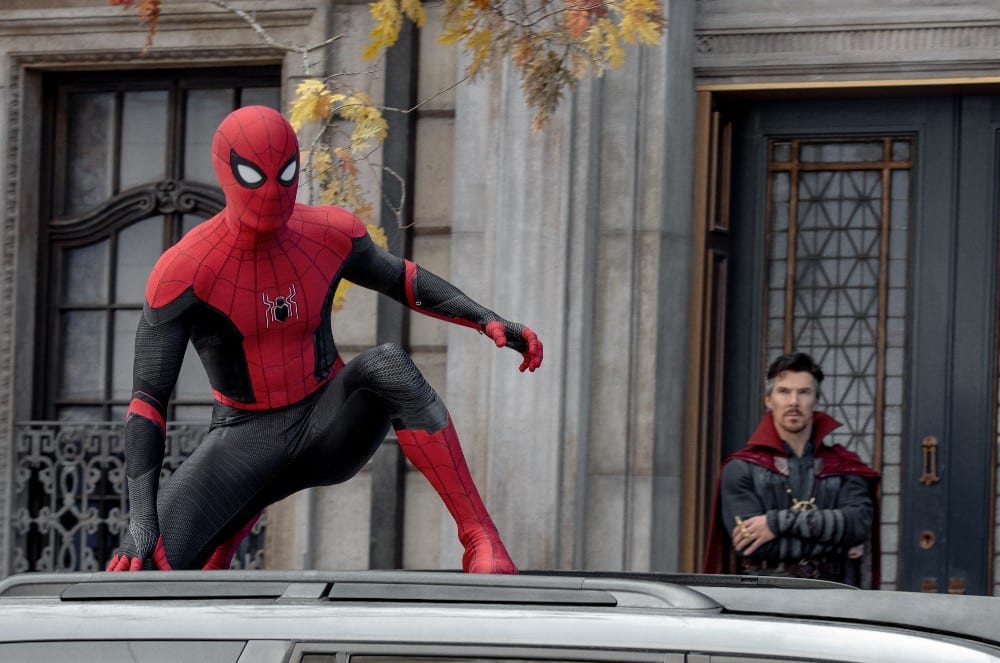 Speaking as a fan of the multi-verse as a storytelling device, Spider-Man: No Way Home should have been for me. While director Jon Watts tucks some broader Marvel cinematic business in there, the film also employs some of my favourite Spider-Man elements: a conglomeration of villains, a struggle to stay alive, and a potent mix of emotions in play. The serious problem is in the film’s execution.

In short: Spider-Man: No Way Home is ugly. No amount of funky storytelling gambits and stunt casting can mask this basic fact about Watt’s film. Nevertheless, let’s unpack what writers Chris McKenna and Erik Sommers have produced. After being unmasked in his previous cinematic outing, Peter Parker (Tom Holland, never pipsqueakier) visits Dr. Strange (Benedict Cumberbatch) in a bid to reset reality and keep his friends and family (Zendaya, Jacob Batalon, and Marisa Tomei, respectively) safe. Instead, in classic Spidey fashion, the two former Avengers make the situation worse, drawing in a classic rogues’ gallery from other dimensions. This rather delightfully includes Alfred Molina, Jamie Foxx, and Willem Dafoe, three great actors doing their damnedest to bring this film to life. (No spoilers here, but you can maybe guess who else is due to pop-in.) After an initial daytime confrontation on a highway, the rest of Watts’ film takes place at murky night, with sequences set in entirely drab locales. Yes, the story fits together, tears are shed, the hero learns important lessons, and things are set right—after some dramatically necessary changes (to set up the next run of Marvel movies). But again, sorry to say: this film is just no fun to actually look at.

At one point in Spider-Man: No Way Home, we hear someone mention the existence of new technology that can fix the problems of our latest web-slinger. Something about that glib assertion—while watching an entire film shot in the faux-dark and at unreal locations—had me really questioning what was going on here. Yes, this is effective fan service, but is it really better than what we had before?