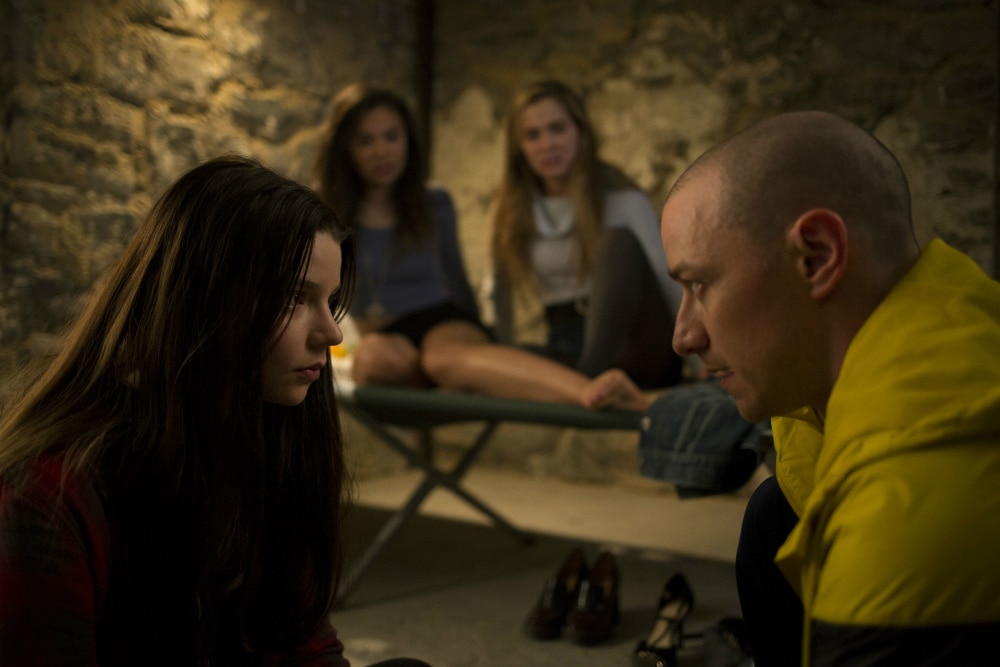 The Blu-ray / DVD package for the M. Night Shamalayan film Split, which is currently available from Universal Home Entertainment, suggests that the ideal person for the Blu-ray / DVD would be a fan of Shamalayan.

Because M. Night is all over the Split package, one would suggest that the common but misguided narrative of “M. Night is back!” is the ideal consumer for the release of Split. Though from the look of it, M. Night has never really left. He is still a very young guy, though may have matured a little bit as the release suggests. But he is not that much different here and he wasn’t really gone for that long, making one really odious film, (the troubling The Last Airbender), Wayward Pines was a classic M. Night feature, and with Split…it’s vintage M. Night but he hasn’t really changed his style. It’s just grown a little bit grander, as the film somehow sounds and especially looks even better on Blu-ray / DVD. The colour transfer is extremely wonderful and makes for a really enjoyable first viewing (or as enjoyable as the film could be, really).

As for the film itself, it’s got some issues (not nearly enough Betty Buckley, but she appears more on the deleted scenes). The twist ending makes little sense in the long run (to say less about the second twist ending, which I felt was a nice if misunderstood throwback). In terms of the performances, while many are quick to praise James McAvoy, I understandably notice his work, but feel like Jessica Sula, Haley Lu Richardson and Anya-Taylor Joy especially, turned in memorable performances as well. More than anything else, the actress from The Witch is so expressive with her face and feels like the perfect fit for a horror film. The movie may not have worked without her, and while her backstory in the film is troubling and maybe even misguided, the rest of the film hinges on her chemistry with McAvoy and his various personalities. 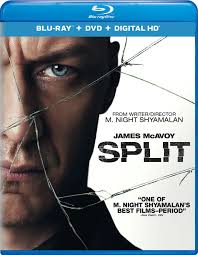 The most fun aspect of the home entertainment package is that M. Night is all over the special features. While most of the footage comes from the same interview, he looks to be in fine form and excited and interested to talk about the film, and this is what matters. For starters, a long promised alternate ending is merely a minute at best and not exactly an ending (though it would have changed the tenor of the denouement). The deleted scenes also feature commentary from M. Night and mainly seem like they were deleted for a reason, but having the director there just feels proper, like we get to see behind the curtain quite a fair bit. M. Night is accessible, personable and above all has a clear voice about his filmmaking style. This could be a crash course for an upstart filmmaker.

Split is presented in an attractive package and the M. Night Shamalayan fanatic should pick it up immediately. Anyone interested in a great horror transfer should do the same as the picture really shines.