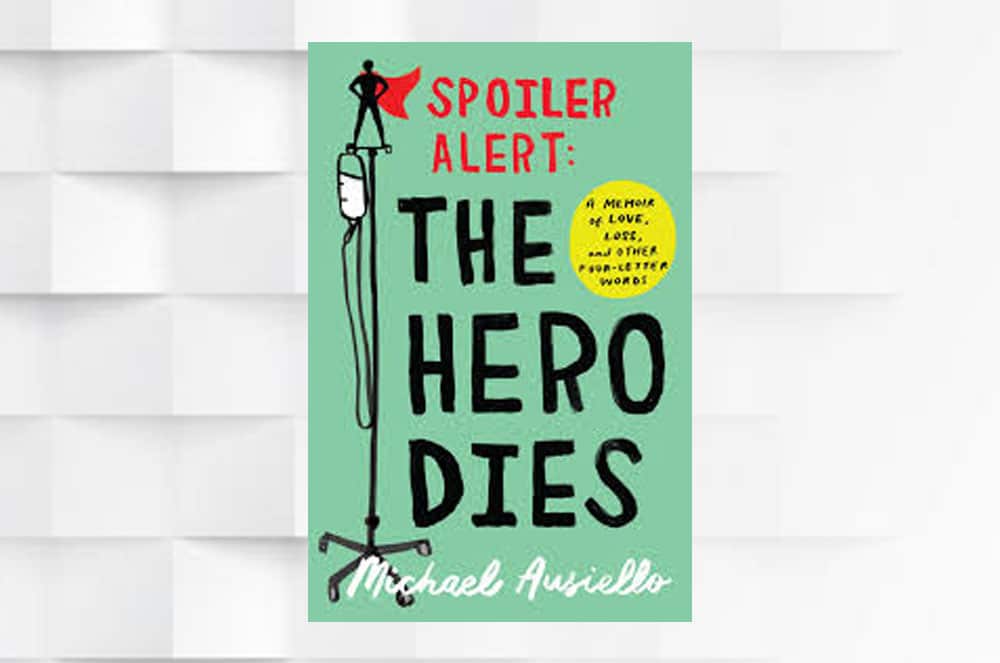 Much like the very best television shows that Michael Ausiello reports on (read: anything with Keri Russell in it), the famed television critic’s memoir has a cast of flawed yet lovable characters, an epic love affair and a storyline that’ll make you hold your loved ones tightly. It’s hyperbolic to say, but I promise you that the book will make you laugh and then cry, and then wish you’re lucky enough to one day have a love story as tender, all-encompassing and unconditional as the one shared between Michael and his late husband Christopher “Kit” Cowan.

With its spoilerific title (one that rivals that of Me and Earl and the Dying Girl), the reader cracks open the book knowing its inevitable conclusion and yet when it arrives, it’s quite the gut-punch. Told in flashbacks, Ausiello documents how he first met Kit at a charity event, where they sparked a connection that surprised the introverted and insecure writer. Following his mother’s death from cancer and his self-hatred over his leftover grief-fuelled fat in his stomach area (not to mention his lifelong collection of Smurfs that he was equally afraid of his new lover uncovering), Ausiello shyly reveals himself and lets himself be loved by his interior decorator boyfriend. For 13 years the two share a loving, supportive relationship (that’s not without its faults, as Kit cheats twice and carries on with his marijuana habit long after the tv critic voices his dissatisfaction with it). A nagging pain in Kit’s rectal area, however, is soon diagnosed as a rare, aggressive form of neuroendocrine cancer and he’s given one year to live.

I’ve been an avid reader of Michael Ausiello’s for over 15 years (his Ask Ausiello column has been bookmarked on my computers for as long as I can remember) and his memoir proves that his writing skills are just as good (if not better) as the tv writers he’s long admired. I think he’d be proud to know that both my ultra Conservative mother and father picked up his book during an 8-hour long delay at the airport and neither of them wanted to put it down. It’s a testament to his almost cinematic storytelling that my entire family found this beautiful memoir a gem. I look forward to reading about the next chapter in his life.

Spoiler Alert: The Hero Dies was provided by Simon & Schuster Canada in exchange for an honest review. It may be purchased from your friendly independent bookseller or other fine bookstores.