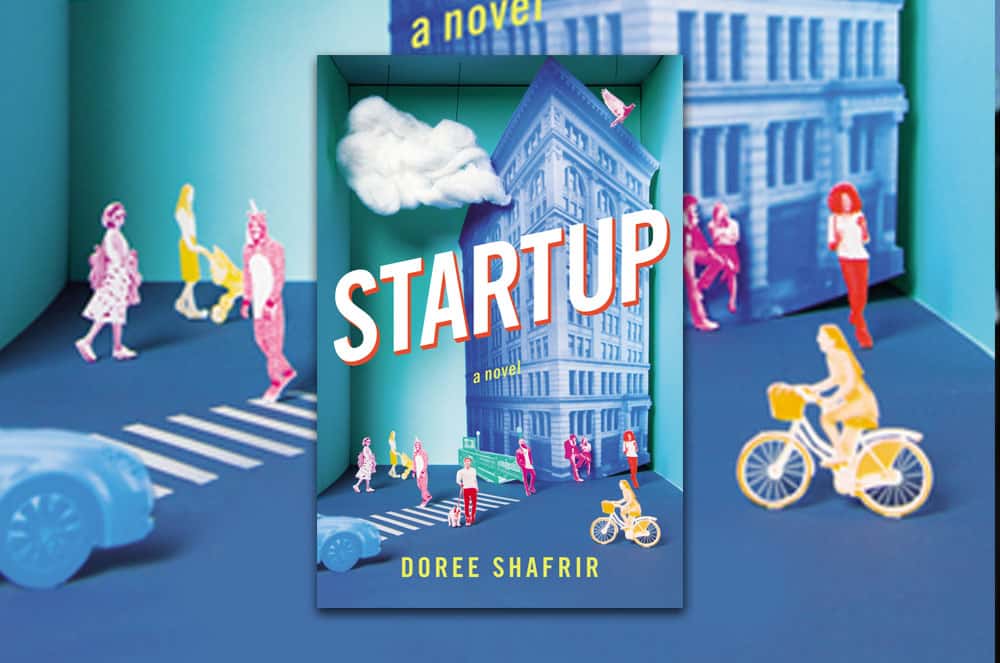 Finding Doree Shafrir’s novel Startup listed on multiple websites as being one of the most anticipated books of the year was quite a delight. In fact, the book quickly rocketed to Most Anticipated of the Year, and I was originally excited for someone who has actually worked at and has experience at a startup.

But when I first heard about the book, I thought it would not have a plot but instead be more of an insider view of what it is like to work at a startup. I knew that it was a novel, but I strangely thought that Shafrir, who works at Buzzfeed, would bring the reader inside her world and into the strange world of a tech startup.

And for the most part, she does just that. The book has a section that I read out loud to a former employee of a startup, which discussed how to boost employee morale. Some of the advances mentioned included free massages, ping pong, mini beer keg, and the former employee kept nodding her head at the vivid and realistic description. So in many ways, the book is quite progressive.

But sadly, in another way, Startup feels quite regressive and I’m fairly sure that this is in part because I disliked almost every single one of its characters. Maybe this is the intentional effect and I am not meant to sympathize with the employees at a startup, but I felt that the exercise was fairly old-fashioned in that it attempted to moralize. Perhaps I had expected that it would glorify immorality or perhaps even amorality.

It certainly seems headed that way in the opening scene in which the two major protagonists, Mack McAllister (ugh), the billionaire (on paper in the future at least) Wonder Boy in New York, who of course is from the sticks, and Katya Pasternack, the journalist at a tech blog. In fact, it appears that after the opening scene, which takes place at a morning rave (a scene which I loved and one that reminded me of High Maintenance), we spend way too much time with characters with which I do not enjoy the company, but this doesn’t make me want to read about them. Mac, Katya, Sabrina, an employee at Mac’s Startup called TakeOff, I just didn’t want to hang with them.  Though the women get off better than the men, the Startup feels slightly backwards, likely not the intention.

That being said, Shafrir is an eloquent novelist and I look forward to seeing her profile take off.

Startup was provided by Hachette Canada in exchange for an honest review. It may be purchased from your friendly independent bookseller or other fine bookstores.