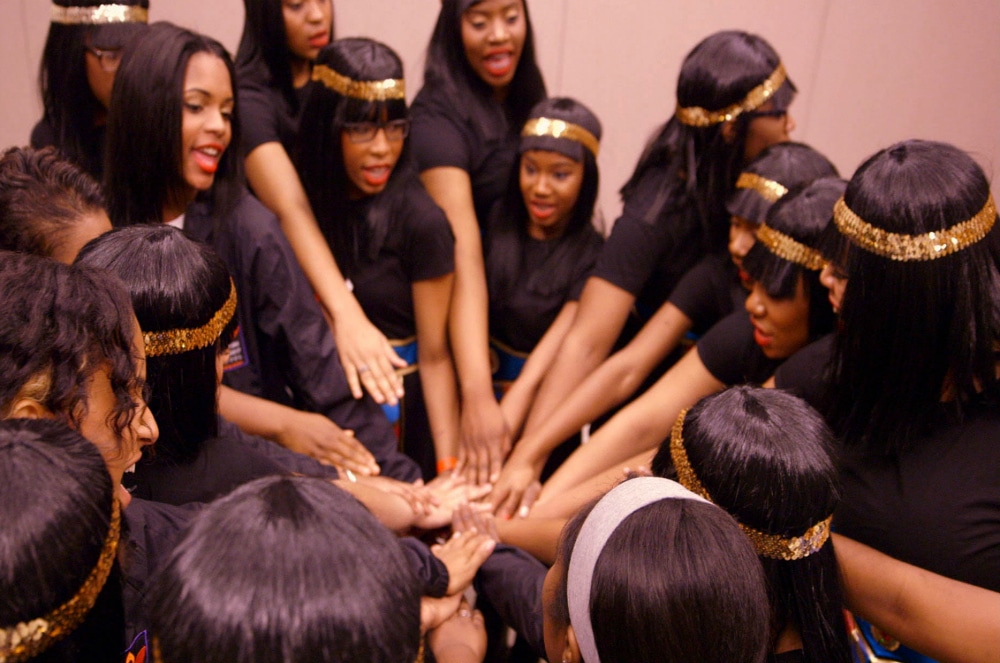 Stop what you’re doing right now and run out to see Step. The crowd-pleasing documentary is not only a game-changer, it’s a life changer!

The inspirational doc (bought by Fox Searchlight following a much publicized bidding war at Sundance) is directed by noted Broadway producer Amanda Lipitz, whose mother founded the Baltimore Leadership School for Young Women (the school at the centre of the film). Murky ethics aside (the subject of which is causing many critics to dismiss the doc entirely), Step is a timely depiction of the successes women (particularly black women) can achieve when they band together to understand and support one another.

It’s not a coincidence that the only song played prominently in the film is Beyoncé’s ‘Formation’, a song whose video about the aftermath of Hurricane Katrina can easily be paralleled (at least somewhat) to the aftermath of the Freddie Gray shooting, which the central girls of the film are coming to grips with at the start of the documentary. At one point they’re asked if they’d be more in Malcolm X’s figurative supportive circle or Martin Luther King’s, and it’s fascinating to see that the former’s quote about how “the most disrespected woman in America is the black woman” is still very relevant in today’s Baltimore.

All of this digression to say that Lipitz’s doc is about so much more than a high school step team winning a competition, it’s about a group of young women winning at life, despite systemic, racial and gender oppression that plagues them daily.

Step is not only the best documentary of the year, it’s the best film of the year. You’ll laugh, you’ll cry and you’ll be changed by the end of it.